The border between Denmark and Germany
An enclave is a small area of ​​land that is completely surrounded by the territory of another state.  Since the Middle Ages, there had been several enclaves in Schleswig-Holstein, i.e. farms or villages, which were owned by the Danish kingdom but that lay in one of the German duchies, or vice versa.

Until 1850, the border between the kingdom and the duchies was by the river Kongeå, after which the border was moved to the Eider, which was the kingdom's border until Denmark lost the war and South Jutland in 1864.

It was difficult to make a new border as the ownership conditions of Schleswig-Holstein were so complicated that it made it impossible simply to set Kongeå as the border. The problem was that there was not just one owner to take into account. If a farm or a parish was owned by the Kingdom of Denmark, then the kingdom's laws and regulations applied, while the duchies’ rules applied to the German-owned areas. Two farms in the same parish could thus fall under two different authorities. 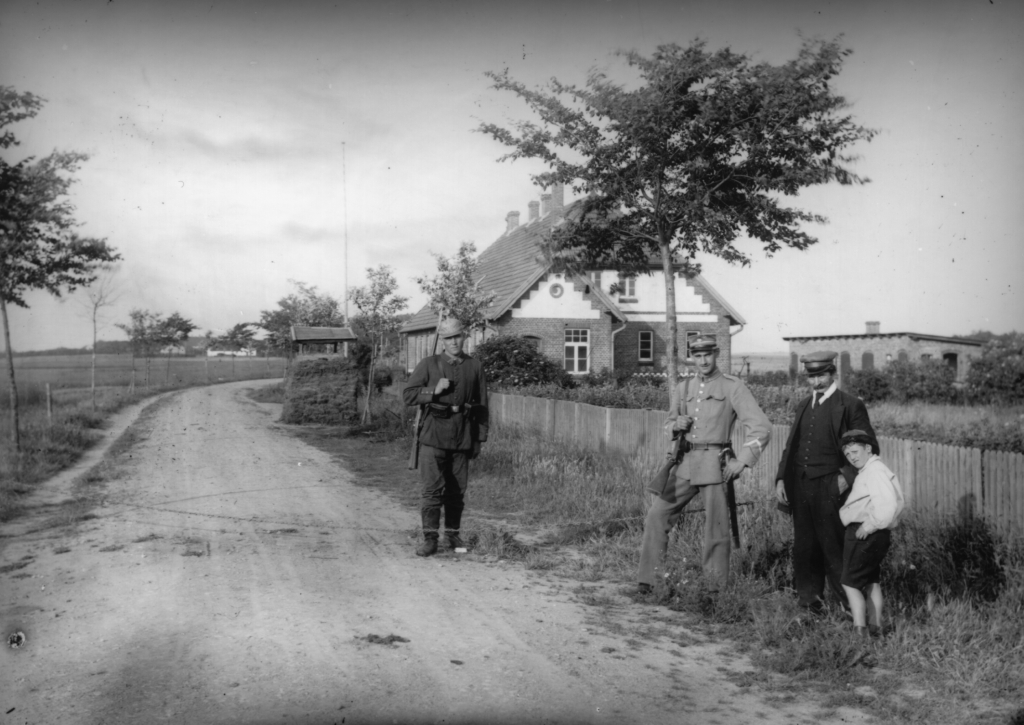 Border gendarmes on the German side by Villeboel.
Photo: Unknown.

The ownership structure of Vilslev parish
An example of the complicated ownership structure is the outermost parish to the west, Vilslev, which is located both south and north of the river Kongeå. If the Kongeå border was followed, you would have to split the parish up. It was even more difficult because the parish villages and farms had different owners.

North of Kongeå, Vilslev belonged to the Kingdom of Denmark.

The kingdom owned farms in Jedsted and Hillerup and the farms therefore belonged to Riberhus judicial district and Ribe county.

Some properties in Jedsted belonged to owners in two different districts, namely Frøs and Kalvslund districts in Haderslev county.

Jedsted Mill and two other farms in Jedsted belonged to the Lindeved estates. Lindeved was situated by Flensburg and possessed some land in the area around Ribe. Additionally the ownership of one of the two farms was shared between the Kingdom and the Lindeved estates. Therefore, the positioning of the border was not a simple task.

Border demarcation by Kongeå and Ribe
When Denmark lost the war in 1864, negotiations were initiated concerning the Danish areas south of the Kongeå. If the border was to follow the river Kongeå, Ribe would become part of Prussia. Ribe was one of the country's main market towns and residence of the bishop of Ribe diocese. If Ribe came to be under Prussia rule, it would have major commercial and administrative consequences for Denmark.

The result of the border demarcation was the reason why Denmark ceded all its royal enclaves in Schleswig-Holstein to Prussia and Austria. The border was withdrawn along the Kongeå apart from at Kolding and Ribe. Around Ribe, the parishes of Vilslev, Farup, North Vedsted, Seem, Hjortlund and Kalvslund were incorporated in the Kingdom of Denmark. In addition, as compensation Denmark got eight parishes south of Kolding and Aerø, which until then had belonged to the duchies. 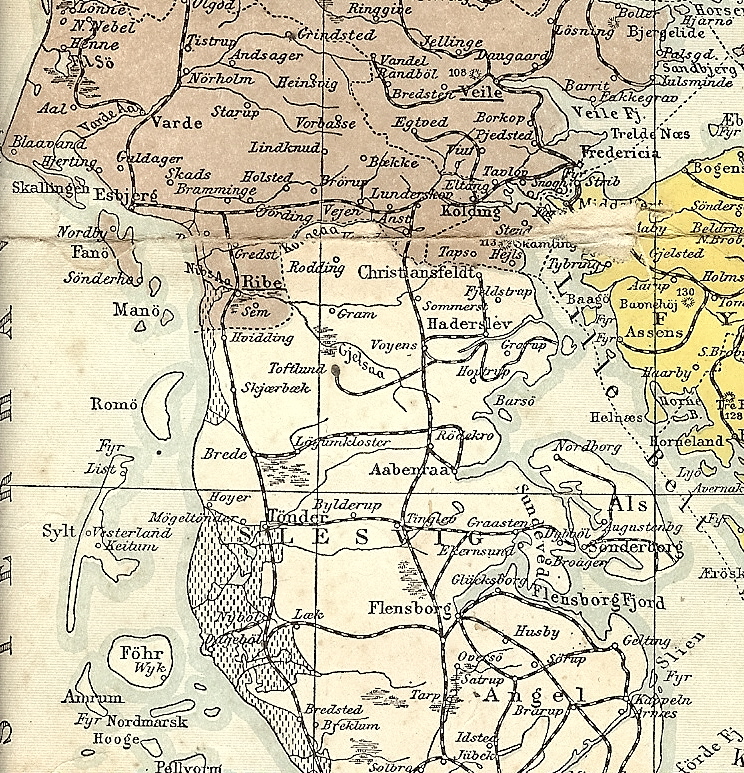 When South Jutland was reunited with Denmark in 1920, Denmark did not get all the lost land in the duchies back. The border was established by a vote in two zones where people were asked whether they wanted to belong to Denmark or Germany, the so-called disposition border. Zone 1 voted for Denmark, and zone 2 voted for Germany. Reunification with zone 1 took place on 15 June 1920. 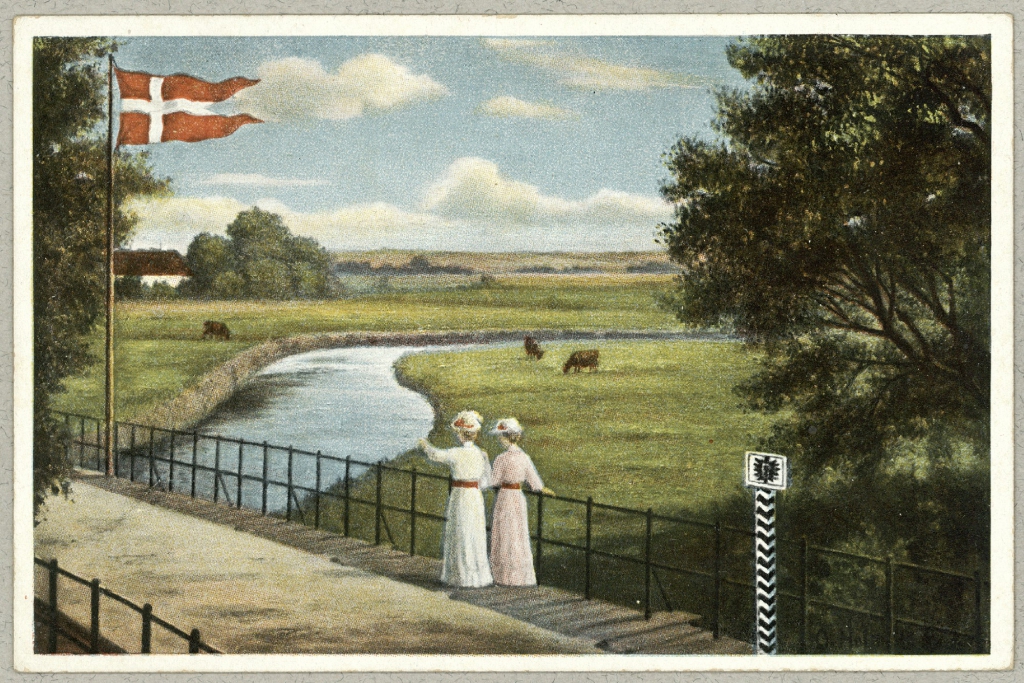 The shared border. Two women standing in Germany looking over at Denmark.
Postcard, The Royal Library