The foundation of Vilslev Spang

South of the river Kongeå lies the idyllic Vilslev Spang, which is connected with Vilslev village by a footbridge. "Spang" is a Danish word that means ’gangway over water’ and the footbridge was built by Berendt Præstiin  during the 1760s to establish a western passage across the Kongeå River. Until its construction, people had to cross the river at Gredsted Bridge, a couple of kilometers away. Præstiins house, "Spanghuset" was at that time the only building at the location and he began to charge a small fee from all who crossed.

In 1777, Denmark's cattle were affected by a disease that meant that it was forbidden to cross the footbridge. The King awarded Præstiin an annual allowance by way of compensation, but in 1782 he once again had to apply for permission to charge a toll, because people had forgotten that they used to pay. Permission was granted and in 1783, Præstiin was able to erect a sign stating that the toll was by royal concession. 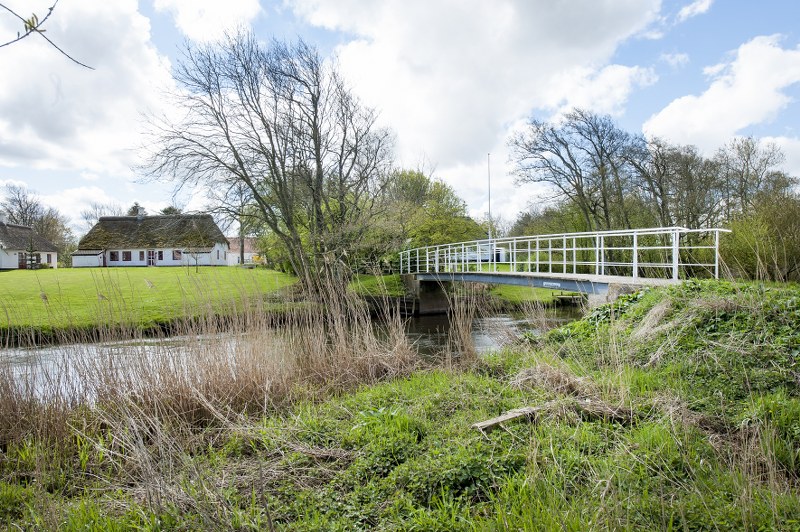 Between Denmark and Germany

Until 1850, the Kongeå marked the border between Denmark and the Duchies. After this date, the border was moved to the Eider River, which was the Kingdom of Denmark's border until 1864. The majority of Jedsted's inhabitants were citizens of the duchies, while the inhabitants of Vilslev were citizens of Denmark. In principle, this meant that the people of Jedsted had to pay duty when when passing the Danish customs office. However, this was too cumbersome to be manageable, so all parish residents were exempt from customs regulations. When the customs office was established, the authorities built a small inspector's house with garden on the croft by Spanghuset. The Customs Office existed between 1791-1851.

A customs inspector's family in 1840

The Bülow family moved to Bogense five years later, after which the Border Inspector became customs administrator and eventually a town councillor. In 1849, the family was granted a Royal authorisation to adopt Boel, who had changed her name to Polly Bülow.

According to local lore, the ever-changing customs officers and staff were often invited into the inn, so smugglers could be left in peace to bring contraband across the Kongeå. When the customs office was closed down, the house was sold at auction. The house is recognisable by Frederik VII's monogram in the gable. 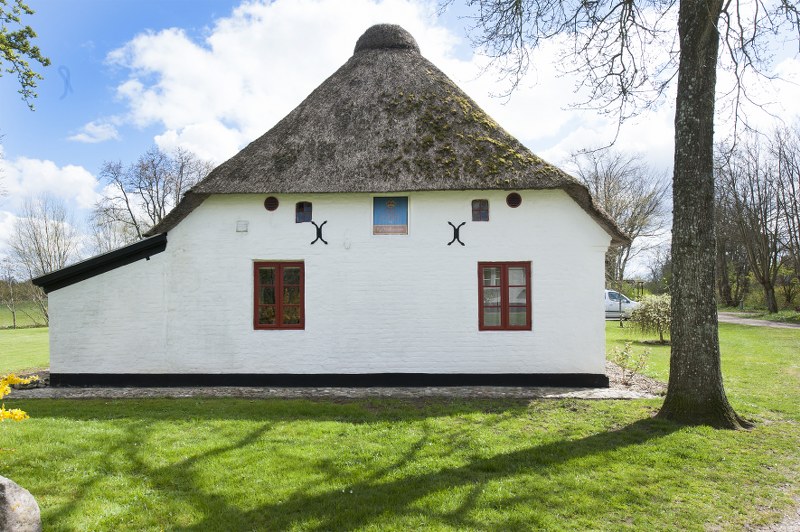 The small community of the Kongeå

At the end of the 18th century the owners of Spanghuset began to run an inn, so in 1814 the premises became known as "Jedsted Spanghus Inn Concession". The inn frequently serviced church-goers after a christening or funeral at Vilslev Church. 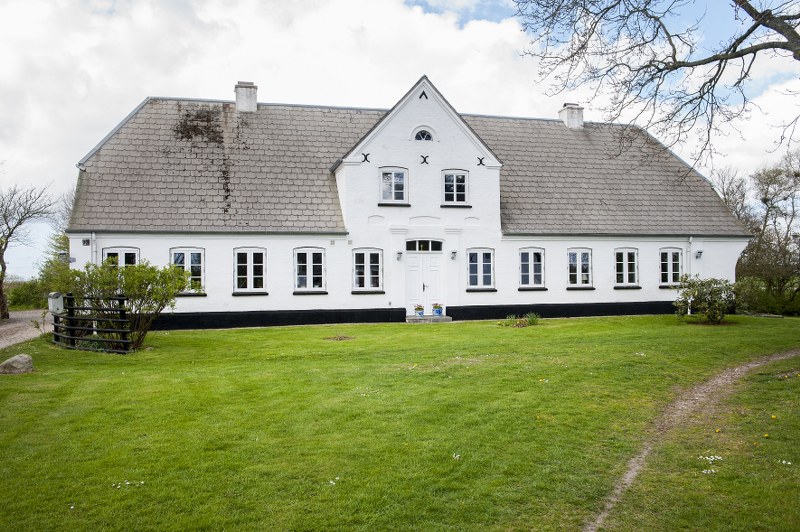 The various innkeepers were enterprising, and in the 19th century they opened a small grocery store (a "høker" in Danish) at the other end of Spanghuset. The inn and grocery store existed until 1935.

Even after the customs office had gone, development continued at Vilslev Spang. In 1860 Peder Jensen established a dyeworks in the farmhouse that is now known as "Farvergården"(The Dye Works). Wool, yarn and clothing were collected in nearby towns and dyed, then shipped back to customers.

There was also space for voluntary associations, and from 1898 to 1938, Temperance lodge no. 130 of the I.O.G.T. (International Order of Good Templars) was based at Vestervang farmhouse. In 1940, the bridge on the East side was opened and Vilslev Spang lost its importance as a crossing point. 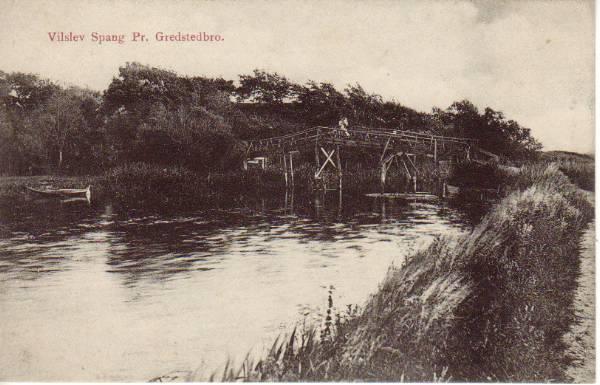