The widgeon got its Danish name ”pibeand”  (literally ’whistling duck’)because of its whistling or squeaky calls that often can be heard from duck flock. The widgeon is an extremely rare breeding bird in Denmark. On the other hand, the Wadden Sea is particularly a migrating locality for the species, where up to 320,000 widgeons have been counted. In mild winters, some widgeon are known to winter in the Wadden Sea. Widgeons can often be seen in the soggy ditches around the dikes at Kammerslusen and Sneum Engsø. In addition, the bay ”Næs Søjord” by Fanoe is a main resting place for the species. Like the mallard, the widgeon is a dabbling duck that lives off aquatic plants, eelgrass and grass. 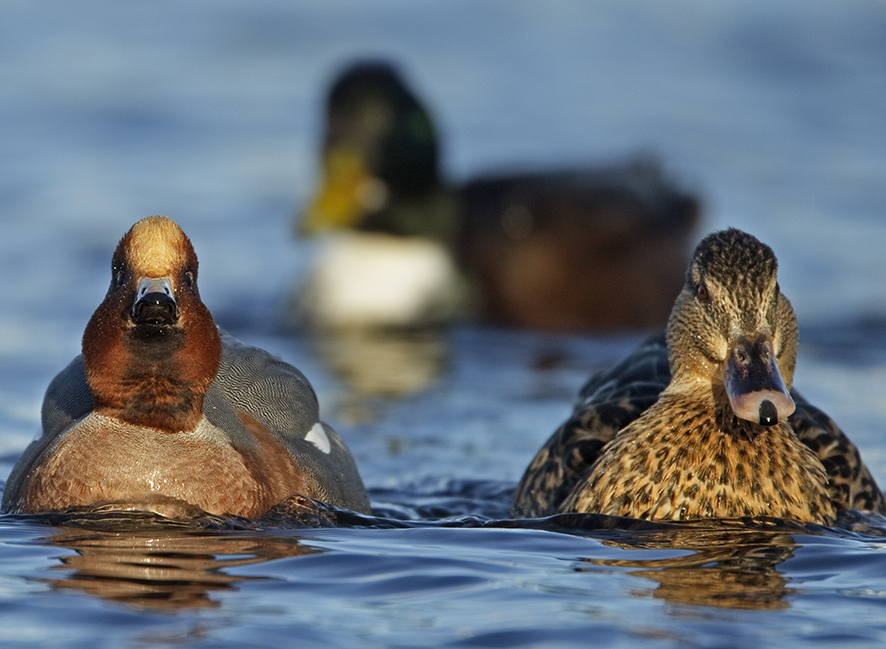 Brown neck
The widgeon has a large round head, which is brown with a distinct yellow blaze in males. The brown head has given the species the name ”brown neck” among hunters. It can be hunted in Denmark from September to January, and every year about 30,000 ducks are killed. Previously, the widgeon was one of the ducks that were most frequently caught in bird decoys on the island of Fanø.

Facts
The widgeon is a medium-sized duck with a length of 46 cm and a wingspan of 75-86 cm. The male’s breeding plumage has a brown head with light blaze, light underside and grey top. The female is brownish and looks more like a mallard. The widgeon is widespread in northern Europe, and it is the ducks from Scandinavian and the Baltic region that stay in Denmark during the autumn and winter months. 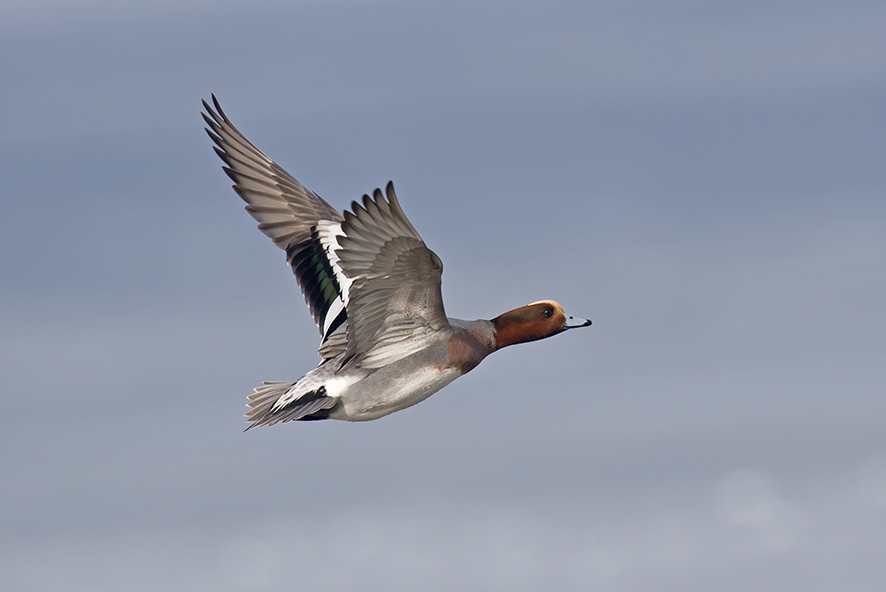