The route will allow you to experience a wonderful manor landscape that has hardly changed since the late 1700s. The same forests, fields, dikes and meadows exist today as back in those days. The pond Klædammen and church avenue to Folding Church also remain much as they did over 200 years ago.

The route takes you over an 81-metre long path constructed of solid oak planks. Most of the plank path was built from oak trees that were blown down in a hurricane in the area south of Sønderskov in 1999.

Read more about the  the Mill Path on www.sonderskov.dk. 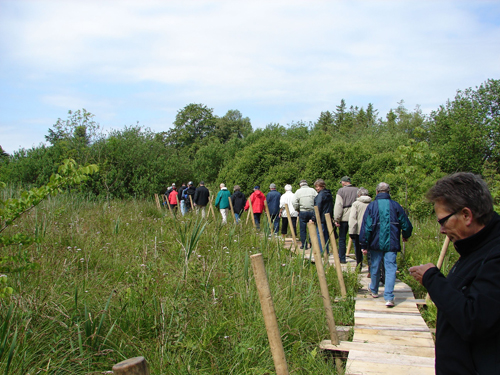