The memorial stone at Skodborghus

HERE STOOD THE ROYAL CASTLE OF SKODSBORGHUS FOR SIX CENTURIES

So stood the inscription on the memorial stone at Skodborghus. The memorial was created by Niels Hansen Jacobsen from old brick and granite ashlar from Skodborghus and it was inaugurated on August 28, 1932.

Skodborghus was built in the 1200s and through the centuries the castle played an important role in the local history. Among other functions, it served as a royal hunting lodge, and in the 1500s it was an important customs office for the cattle trade along the Ancient Road Hærvejen.

Later Skodsborghus changed its status from royal castle to a normal manor.

Read more about the medieval castle Skodborghus and about Skodborghus in more recent times.
Read a number of smuggler stories here. 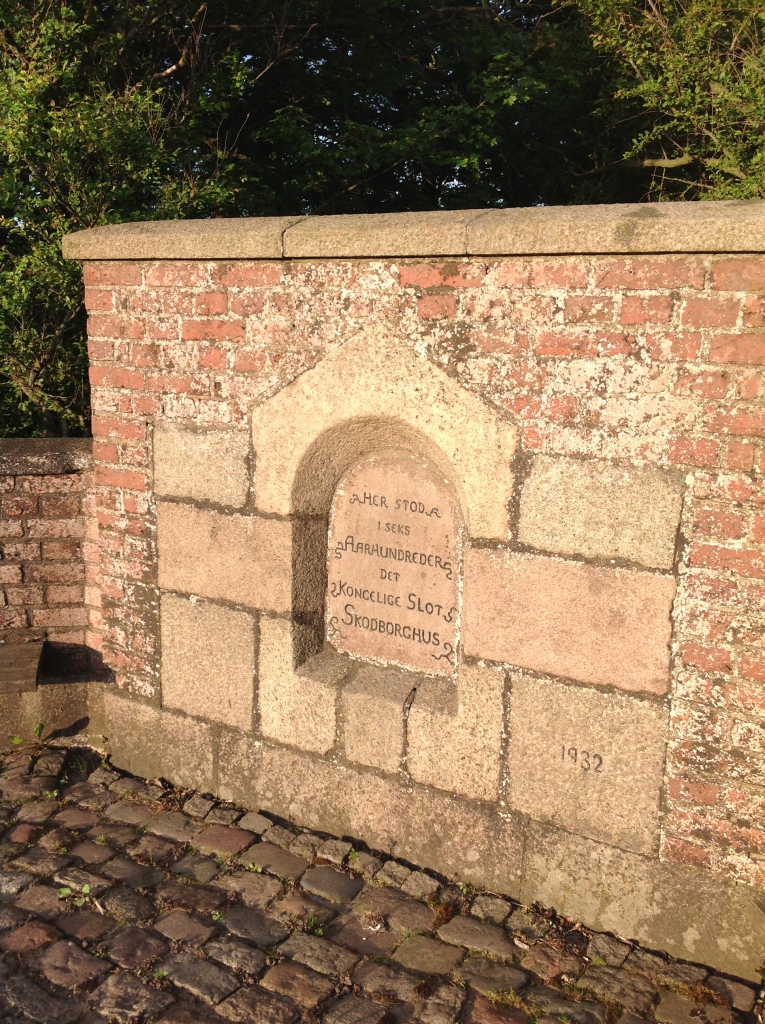