The Gudrun defense line at Dover

The Gudrun line from the Second World War
After the Normandy invasion, the Germans feared an allied invasion in Jutland. In August 1944, they began to construct three defense lines in the form of anti-tank ditches across South Jutland. During the the autumn and winter of 1944 and spring of 1945, the work was carried out by prisoners of war, German workers and soldiers, members of the German minority and Danish contractors. Some of the Russian prisoners of war who worked on the anti-tank ditches slept in barracks at Sønderskov Mølle (Sønderskov Mill).

The three defense lines in Denmark were named Brunhild, Gudrun and Kriemhild from Wagner's opera 'Der Ring des Nibelungen'. The Gudrun line was the central defensive line and went from Kolding to the west coast north of Ribe. The defense line ran along the three rivers Lille Å, River, Gesten Å and Kongeåen.

The line consisted of anti-tank ditches that were five metres wide and three metres deep. They were to stop the tanks. There were also concrete and barbed wire obstructions, trenches, battlements and posts for machine guns, mortars and cannons. Here at Dover, a cannon would have participated in the defense of Germany if battle arose. This did not happen. In April 1945, the Germans turned the front towards the south and moved almost all the equipment from the Gudrun line to the Kriemhild line in the south.

After the war, the owner of the nearby farm Marienlyst erected a memorial stone with the inscriptions "German entrenchment 1944" and "God's grace alone saved our home from destruction."

Burial sites from prehistoric times
Close to the cannon line, Haderslev Museum has excavated parts of two cemeteries. Originating from the early Roman Iron Age, 0-200 AD, eight distinguished, decorated urns with rich grave goods have been found, as well as some inhumation graves. The burial site belonged to a village that lay somewhere nearby. Two inhumation graves have additionally been excavated, which date from the Viking Age, more precisely the 900s. One of these has been a so-called chamber tomb, where the deceased was buried in a wooden chamber. None of the burial sites have been thoroughly investigated yet.

Immediately west of the main road between Foldingbro and Rødding, just north of the contination school, was Dover Kirke (Dover Church). It was built in the late 1100s and was probably demolished after the plague killed a large part of the population in 1350-52. 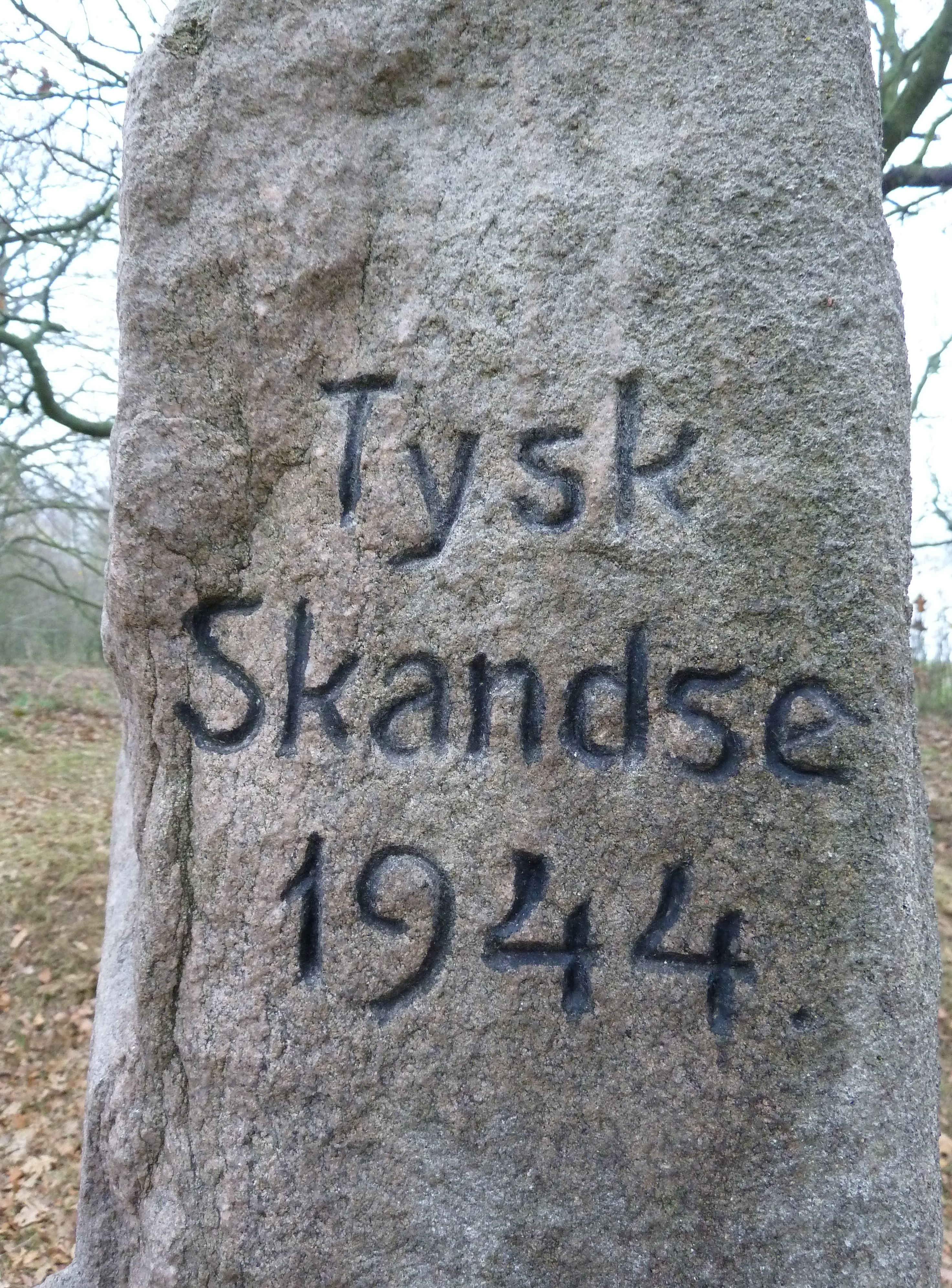