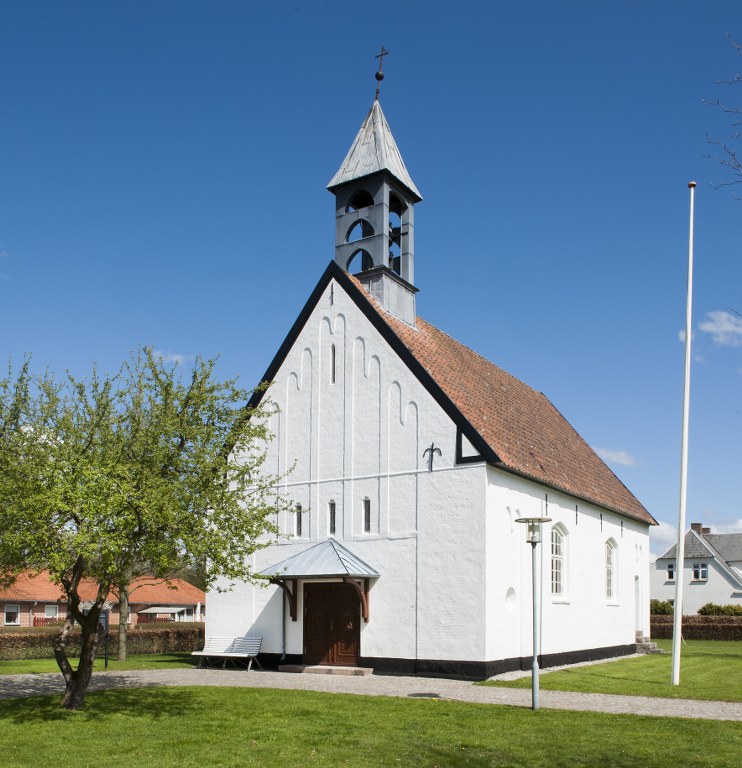 Need for a new church
From the late 1800s until around 1920, the population increased and the need for new churches grew. In the countryside many places built an annex or affiliated church to the old parish church and this was also the case with Gredstedbro, which was located in Jernved parish.

Gredstedbro grew north of the river Kongeå, and with a crossing, customs office and inn, the village had all the right factors to make it larger than Jernved further to the northeast. When the railway between Tønder and Bramming opened in 1875, Gredstedbro acquired a station, and just like all other new station towns, the population increased further. The parish church in Jernved was too small, and some Sundays the priest held the service in Gredstedbro’s inn. Therefore Gredstedbro’s citizens decided to build their own church.

Historicist church building
Innkeeper Andreas Marius Clausen donated the land and start capital. The rest of the funds were partly collected from the townspeople and partly given as a government subsidy. Architect Axel Hansen designed the church in a historicist style, which was inspired by the architecture fom other periods. At the same time, Axel Hansen used many features from other churches in South West Jutland.

Gredstedbro Church was inaugurated in 1925, and the building itself is a whitewashed medieval-inspired longhouse. The church is built of brick and has windows in Romanesque style and Gothic lancet arch style. In the east gable, there are two half-window recesses and curved tympanum sections, which can also be seen in e.g. Ål Church at Oksbøl. The church bell was cast in Copenhagen in 1926. The bell is positioned in a ridge turret that now looks like a dismantled bell spire in Farup Church.

The town cemetery is located at Gredstedbro School about 700 m northeast of the church.

The church’s interior
The decor and fixtures are also in a historicist design, and the inspiration from the surrounding churches is evident. The altar is decorated in a niche resembling Vilslev Church, and in the wall opposite the pulpit, a round-arched twin orifice has been built, which was inspired by disused windows in Ribe Skt. Catharinæ Monastery. The twin orifices are symbols of Jesus’ dual nature of being divine and human.

The fixtures were mainly made at the same time as the church. The altar is from 1929, depicting a cross with golden leaves. It symbolises the Tree of Life, which also existed in the Garden of Eden. A similar altar is also found in Randerup Church in Southern Jutland.

The alter candlesticks were donated by Abeline Clausen, who was married to the innkeeper, and although they have the year 1614 engraved on them, there has been some talk of newer copies being made. Incidentally, Andreas Marius Clausen did not manage to experience the inauguration of the church. He died two years before, in 1923.

The granite baptismal font is reminiscent of other South West Jutland types in Romanesque style from 1100-1200s, while Outrup Church’s pulpit from 1582 has inspired Gredstedbro’s from 1924. 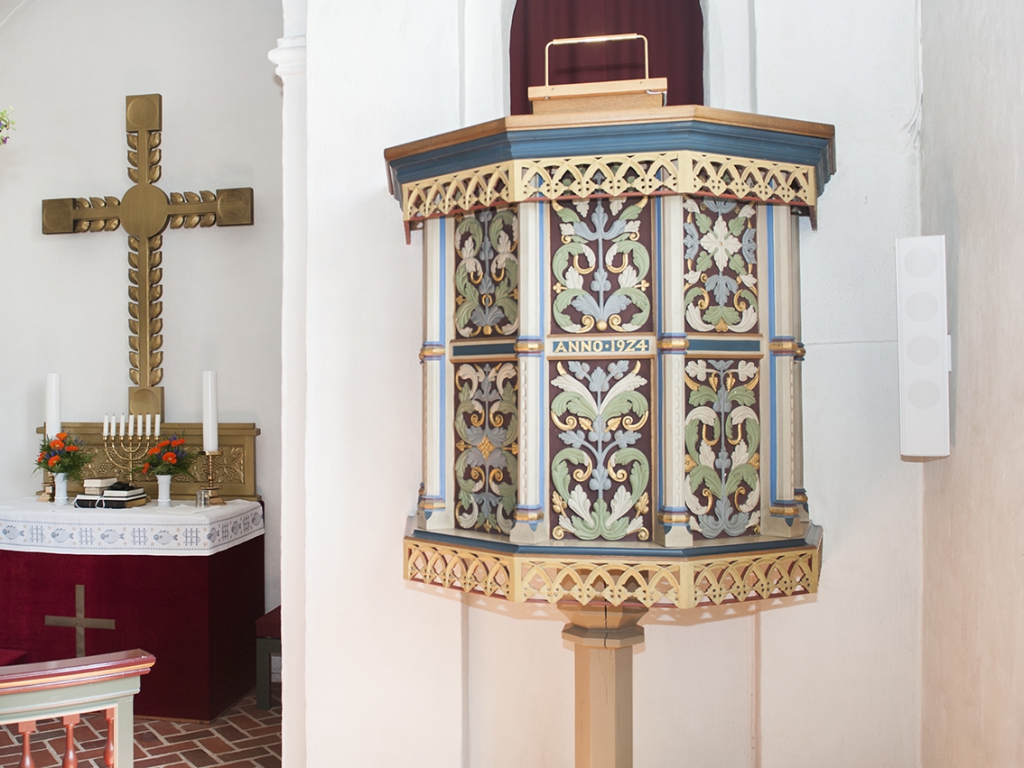 The pulpit is from 1924, but is inspired by a pulpit from 1582. Photo: Esbjerg Town Historical Archives, Torben Meyer.

The organ loft above the entrance has 17 sections that were painted in 1937 by the local painter Niels Steenholdt. The images are Jesus as Saviour of the world between the apostles.

The church ship is the warship ’Jylland’, and it was donated by the stationmaster T.A. Thiesen in 1928. 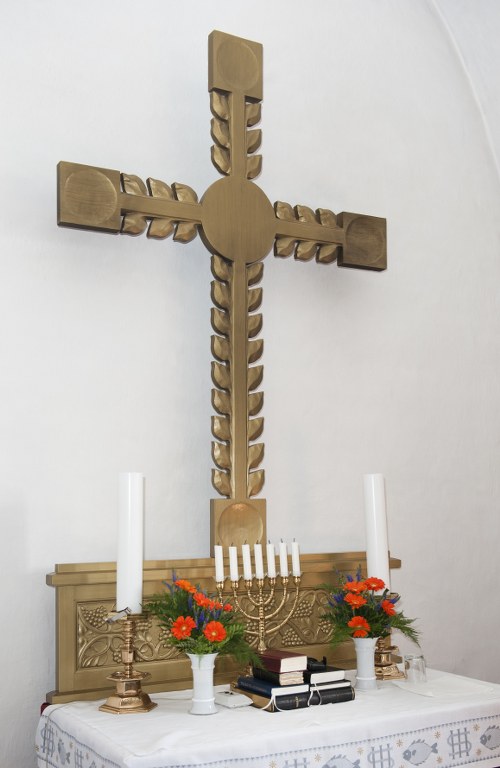 The altarpiece represents the Tree of Life in the Garden of Eden. Photo: Esbjerg Town Historical Archives, Torben Meyer.