Water transport – the river Kongeå and the Wadden Sea

Trade and transportation of goods
Trade at land and sea has existed since ancient times, and the main West Jutland trading connections were the countries around the North Sea and along the Wadden Sea coast.

Tufa was one of the first heavy import goods to be shipped up; it was used in the 1100-1200s for building churches in South West Jutland. This was followed by cloth, Dutch wall tiles and other luxury goods from Germany and the Netherlands as well as iron and timber from Norway. In 1600-1700s, gold and silver from Germany were manufactured by silversmiths in cities like Tønder, Ribe and Varde, after which the finished products were sold to customers at home and abroad.

Crossing points and loading sites
The river Kongeå is about 10 m wide and 1.5 m deep, and therefore smaller ships were able to sail up along the river - or across. For example, place names such as Fermstoft and Fermstoft Fælled in Kalvslund parish show that there was once a small ferry or barge present there, for 'ferm' is a contraction of ’færgemand’ (ferryman).

No loading sites have been found for certain along the river Kongeå. There may have been a loading site at Vilslev, where a small Viking settlement lay out to the river. Gredstedbro was also an early trade and crossing site and the Gredstedbro ship was found here, but the exact finding place and any loading site are not known for sure.

There were several loading sites along the Wadden Sea coast. Hviding Nakke at Ribe, Skibbroen in Ribe, Roborghus at Tjæreborg, Hjerting north of Esbjerg and Janderup by the river Varde Å have been in use at different times, and before Esbjerg Port was built in 1868, Hjerting was the largest port on the west coast of Jutland. Furthermore, in the 1800s Fanoe was one of the largest merchant fleets with ships that sailed all over the world.

The river Kongeå’s direct access to the Wadden Sea was closed in conjunction with the construction of Ribe dike and the Kongeå sluice in 1911-1915, and now the river Kongeå is only navigable by canoes, kayaks and small boats. 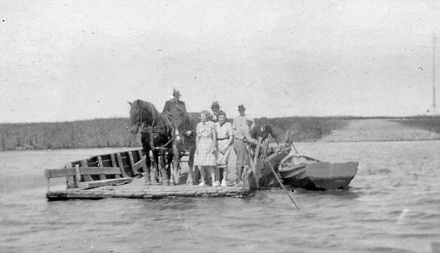 Crossing large rivers was done on small barges, like this ferry service on the Varde Å by Tarphage in 1941. Photo: Unknown.

Ship types
A common factor with all the ships to sail the rivers and the Wadden Sea was their flat-bottomed shape. The remains of a ship from the 600s have been discovered at Gredstedbro. It was a rowing-ship, 20-25 m long and large enough for sea voyage, but with a flat keel, so it could sail on the big rivers.

In Hviding Church there is a fresco of a cog, which is a wide and flat-bottomed type of ship from the Middle Ages. The ship came from the Frisian areas of the Wadden Sea and featured high sides. It could carry a bulky and heavy load, which is why the vessel was used by the Hanseatic cities for goods such as herring, grain and timber.

The fishing smack, a two- or three-masted fishing and trade vessel from Holland, was in use from 1400-1500s and at the end of the 1700s. The smack was used as a trade ship, and the largest vessels reached as far as Portugal and England.

The evert was very popular in the 1800s. It could stand on the bottom at low tide and was used for both inland and coastal waters, but it was also suitable for long voyages to Norway and Sweden.

Nowadays, goods transportation at sea is carried out on container ships that can only go into the large industrial ports. 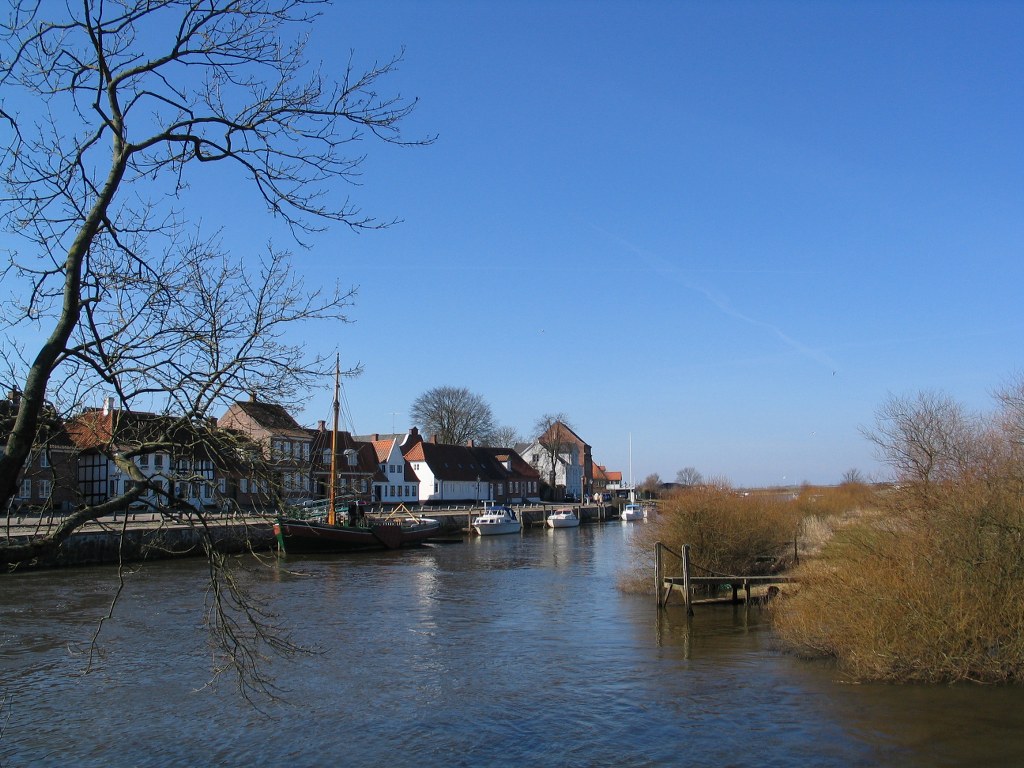 Sailing along the coast and down the river was conducted in flat-bottomed ships. Photo: Charlotte Lindhardt. 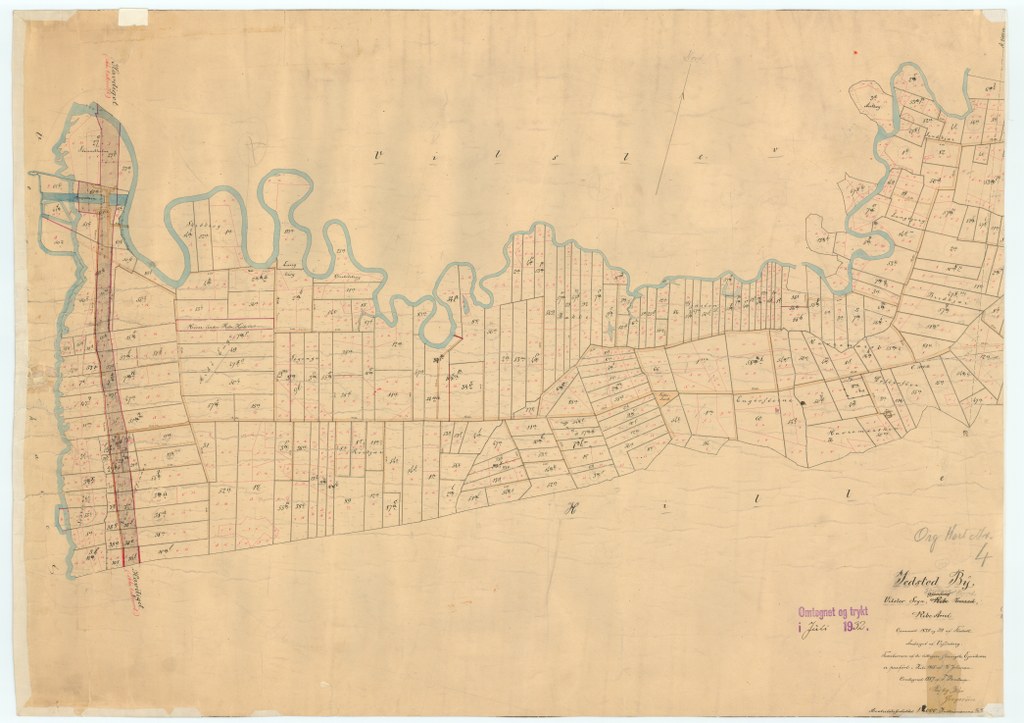 The river Kongeå in 1932, before it was straightened. Photo: Kort- og Matrikelstyrelsen.