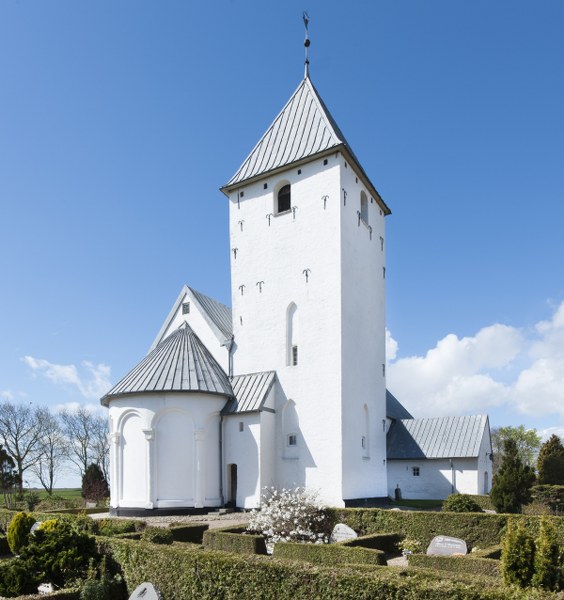 A parish in two countries
Vilslev north of the river Kongeå belonged to the Kingdom of Denmark, while Jedsted and Hillerup on the south side belonged to the German duchies. This meant the church had parishioners in two different countries. The parish boundaries often follow natural boundaries and it is unusual to have one parish on both sides of a large river. Therefore, one might think that the parish was put together by two parishes early in the Middle Ages, but no trace of any church has been found on the south side.

The church is dedicated to St. Nikolaj, who was bishop of Myra in the 300s. He was the children's patron saint and was the inspiration for Santa Claus. He also protected skippers and fishermen, and many churches along the coast and larger rivers were devoted to him, including Aabenraa, Kolding, Varde and Vejle.

The connection to Ribe Cathedral
Vilslev church’s building style and materials bear a great similarity to the eastern part of Ribe Cathedral, which was built around 1175. Therefore Vilslev Church can be dated to the same time, and the two churches were connected.

In the Middle Ages, the parish priests at Vilslev Church also served Ribe Cathedral. For example, the priest Johannes Nielsen in 1411 was also the altar priest at St. Jakob's altar in the cathedral.

In 1687, the president of Ribe (the first mayor) was given the church by the Crown. Ten years later Vilslev Church belonged to the owners of Riber Kærgårds in Hunderup parish until the residents of Vilslev parish bought the church in 1786. Vilslev Church became independent in 1915.

The architecture
Vilslev Church is one of the approximately 50 churches in South West Jutland that are wholly or partly built of tufa, which was imported from regions around the Rhine. Tufa is kind of stone formed from hardened volcanic ash. In 1100-1200s, tufa was transported by ship along the Wadden Sea and the major rivers and was used for various church buildings.

The church nave, chancel and apse were built of tufa stone on a granite base. The nave is trapeze-shaped with a west end that is 70 cm wider than the east end. In around 1500, the tower and the porch on the north side were added. In the 1700s the church had a wall facing and was rebuilt, but a renovation project in the 1950s returned the church to its medieval appearance.

The inventory
The frescos are from 1225 to 1250. On the choral arch Abel offers his sacrificial lamb to God and the triumph wall above the choir shows Jesus’ entry into Jerusalem, the Last Supper and the Ascension.

The Romanesque font dates from the church's construction and features scenes with lions and warriors. The christening font was designed by Per Lütken and was made at Holmegaard Glassworks.

The altarpiece originally hung in St. Nikolaj Church in Varde. The altarpiece was then purchased by Hunderup Church, but it was too big and was instead put up in Vilslev Church. The paintings are scenes from the life of Christ. 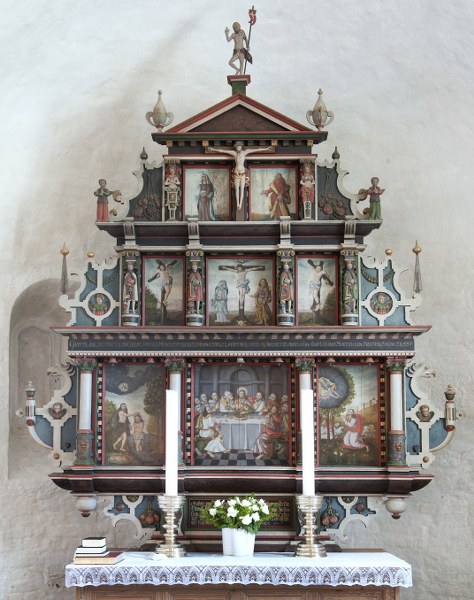 The pulpit is from 1620 was made by a local Ribe artist and shows the evangelists Mark, Matthew, Luke and John.

In the gallery is the organ. The gallery’s 14 sections were painted around 1625-1650 and show Christ, the 12 disciples and St. Hieronymus.

As it was so close to the river Kongeå and the Wadden Sea, flooding was always a risk. The church has a bricked memorial that shows the water level from one of the biggest disasters 'De Grote Mandrenke' (the big man drowning), in 1634, where the water stood one and a half metres above the ground. 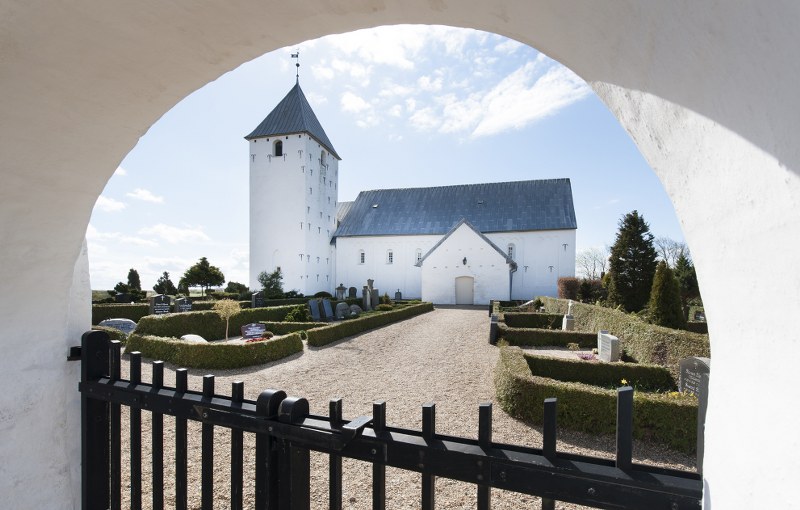