The Viking village at Vilslev

In the Stone Age the houses had straight walls and only one bearing central post down through the house. In the Bronze and Iron Age, houses were three-aisled, in other words they had two rows of bearing central posts. From the 400s, the long walls became curved and there were often a number of support pillars on each side of the house. This type was also found in the Viking Age, but in the Middle Ages rectangular houses were built without any internal, roof-bearing posts. The question was whether there was a type between the Iron Age/Viking houses and medieval houses. Vilslev village provided some answers.

The village was discovered by an aerial photograph in 1966, when the dark markings of the post holes showed up in contrast to the field’s lighter colours. It was not until 20 years later that archaeologists had the opportunity to excavate the area.

All three farms lay in an east-west direction and had the eastern gable facing the ancient fishing settlement where the river Kongeå used to flow until it was straightened in 1940. There has been some speculation about whether there was a small berth, but no other traces have been found apart from ordinary daily life.

Plan of excavation, where it is clear how the houses were organised in three yards. Photo: The Antiquarean Collection, South-west Jutland Museums.

Viking houses
In the area around the settlement, traces of buildings have been found dating from the Iron Age as well as newer buildings from the Middle Ages to the north and west. The Viking village existed around 1050-1100. The settlement was then abandoned, and therefore it was easy to identify and examine the site. All the houses were contemporary and they lay in a row from north to south.

Nordgården had two large houses, each about 25 metres long. The main building had a fireplace and was built rather more solidly. South of this was a shed or barn that was slightly set back from the main house, and this is the oldest house with a lean-to or canopy to be found in Denmark. Perhaps the canopy gave cover to feed and fuel. In this way the house was almost three-aisled and is reminiscent of the medieval three-aisled buildings. 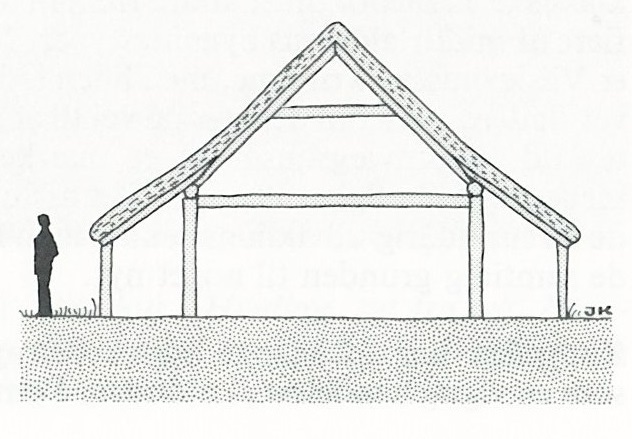 Cross section of a house with an extension as it looked in Vilslev. Photo: The Antiquarean Collection, South-west Jutland Museums.

The central courtyard consisted of three houses in the 29 m main building to the north. A perpendicular room had been built outside the west gable.

Sydgården was damaged by the river Kongeå’s course over time, but the manor was in the middle and had two outbuildings.

The three main buildings had curved walls, but no bearing the central posts inside. However, there were support posts outside, and therefore the Vilslev houses became the first houses to show the transition between Viking and Medieval times.

Urn jewellery
A very special discovery was a brooch, a piece of Urn Jewellery, which was found in a well. The Urn style is named after ’Urnes Stavkirke’ in Urnes in Norway, where the wood is carved in beautiful animal and plant carvings The style was popular around 1075-1175. At the time of excavation, only three similar pieces of jewellery had been found in Scandinavia: On Gotland, at Ravning near Vejle and by Gammel Hviding southwest of Ribe.

The last was particularly interesting as the jewellery item turned out to be absolutely identical with the jewellery from Vilslev. The jewellery was even cast in the same form, and thus archaeologists could conclude that the village at Vilslev existed at the same time as the market place and nobleman’s farm at Gammel Hviding. 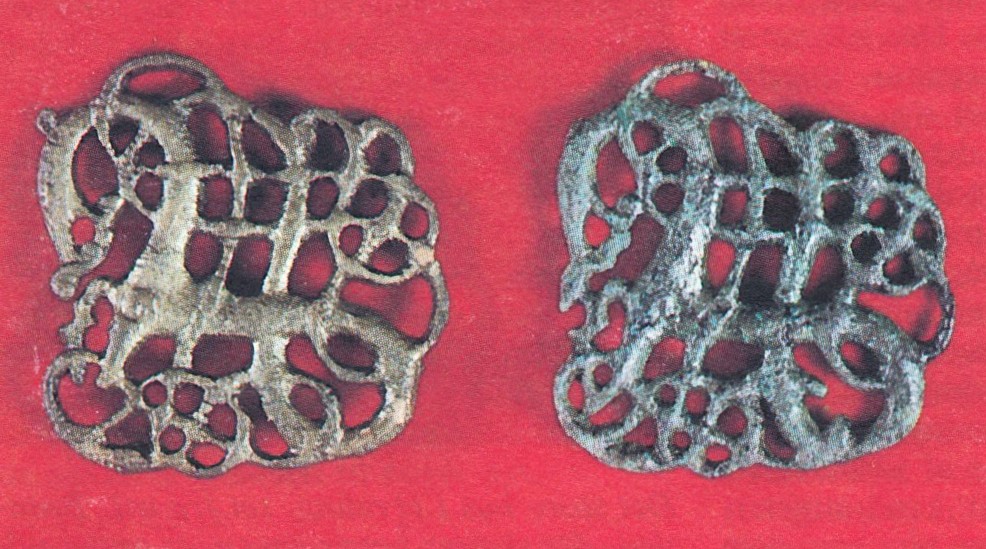 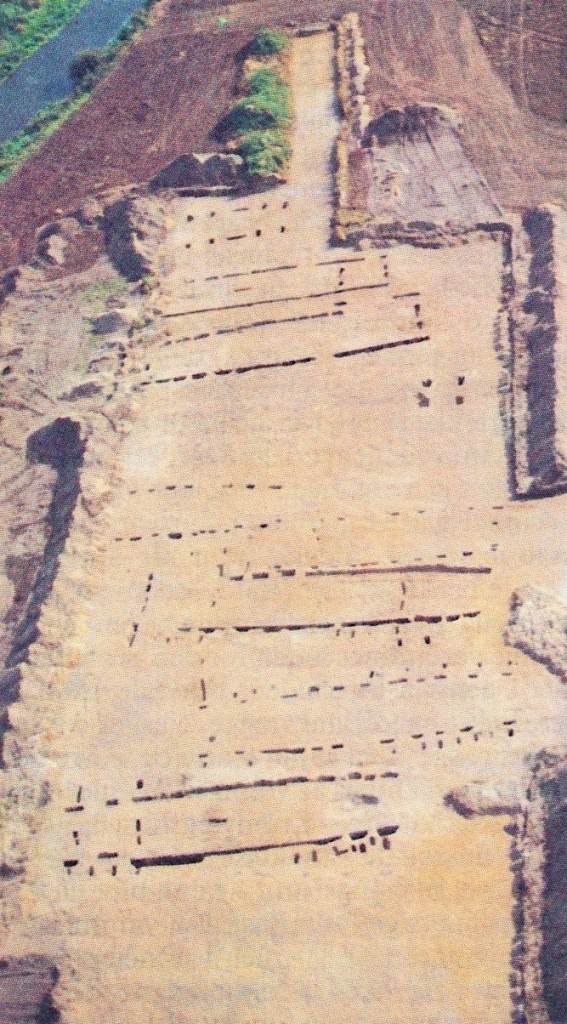