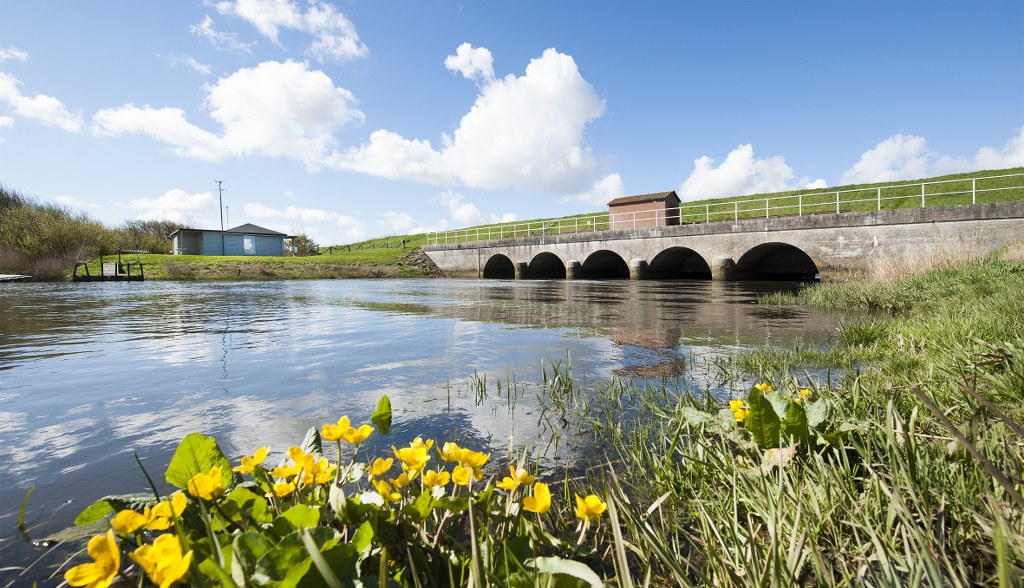 Storm surges
Kongeå lock was constructed alongside Ribe dike between 1911-1915. Before its construction, people had lived for centuries in a state of interaction with the Wadden Sea, which also meant that storm surges were a potential risk.

The Kongeå supplied fresh water for crops and livestock, while the Wadden Sea flooded the marshes with salt water and nutrients for the meadows where cattle grazed. Salt water could also destroy crops and storm surges cost numerous lives: both human and livestock.

Benefits of the lock
The Kongeå river has a catchment area of ​​450 km2  and the lock keeps the Kongeå's freshwater system in isolation from the salt water of the Wadden Sea. The lock serves as a dam for the water and the two water systems each have their own water level.

Outflow from the Kongeå is so small compared to extent of the sea that the water level of the Wadden Sea is not significantly affected. By contrast, the amount of water that comes inland from the Wadden Sea has a major effect on inland rivers, and therefore water levels need to be regulated, along with the quantities of freshwater and saltwater.

Construction
In 1904, citizens together with the Danish Heath Society decided to construct a dike with locks, from Vester Vedsted to Store Darum. The construction work cost 2 million crowns, 160,000 crowns of which went towards the Kongeå lock. The lock was extended southwards later on

The Kongeå lock extends 50m altogether. Like Vester Vedsted and Darum locks, Kongeå lock is a self-regulating drainage sluice-gate. Ribe river has a chambered lock, which enables shipping to pass through its gates.

The drainage sluices are in the form of large concrete pipes covered with semicircular arches, closed with wooden gates. The Kongeå lock has five drainage outlets. Seaward, the concrete surfaces are covered with tiles and an iron sluice gate that can be winched down to provide extra protection. During storms or strong onshore winds, the floodgates close automatically.

The dikes are made from turf. On seaward side, they are further secured by breakwaters and fascines (drainage systems), to retain soil and divert the water away. The dike is penetrated by locks at the wider water flows and there are irrigation channels have also been integrated, which can irrigate meadows. 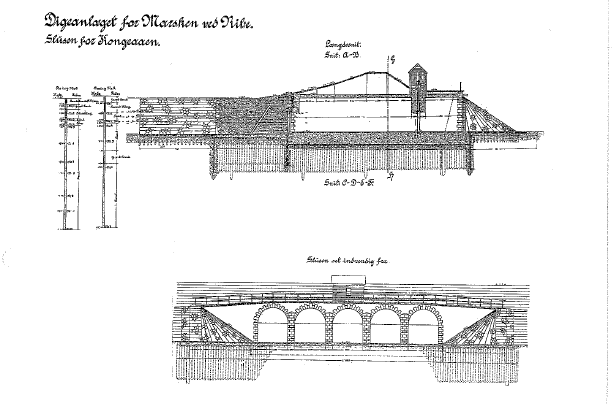 Cross-section of Kongeå lock's construction. Above; cross-section, lower; front view of the lock with its five outlets. Photo: Fagbladet Ingeniøren, 1912.

Dyke brushers and life at the lock
The physical work was performed by navvies known as dyke brushers. They had a 12-hour working day and a wage of 40-45 "øre" an hour. It took 50 men to build the Kongeå lock. Construction of the entire dike took 350-400 men, who worked a two-shift system and alternated each week between day and night shifts.

The "brushes" were a Danish, Swedish, German and Polish workforce. Their presence was cause for some unease, as not everyone stayed sober. But they were hard-working, and life as a "brush" was a lifestyle. Line officers were also employed to ensure law and order. These were police officers salaried by the construction consortium.

At the construction site there was a canteen to make sure that the dyke brushes were fed and watered. It was managed by a couple; Anders Peter Jensen and Anna Kirstine Petersen. On 17 August 1913, Anna gave birth to their son, Kongo Jensen, who (if you pronounce his name with a Jute accent) was named after his place of birth: At the Kongeå lock.

Vilslev parish log showing the birth of Kongo Jensen. He is probably named after his birthplace, the Kongeå lock. Photograph: Danish State Archive. 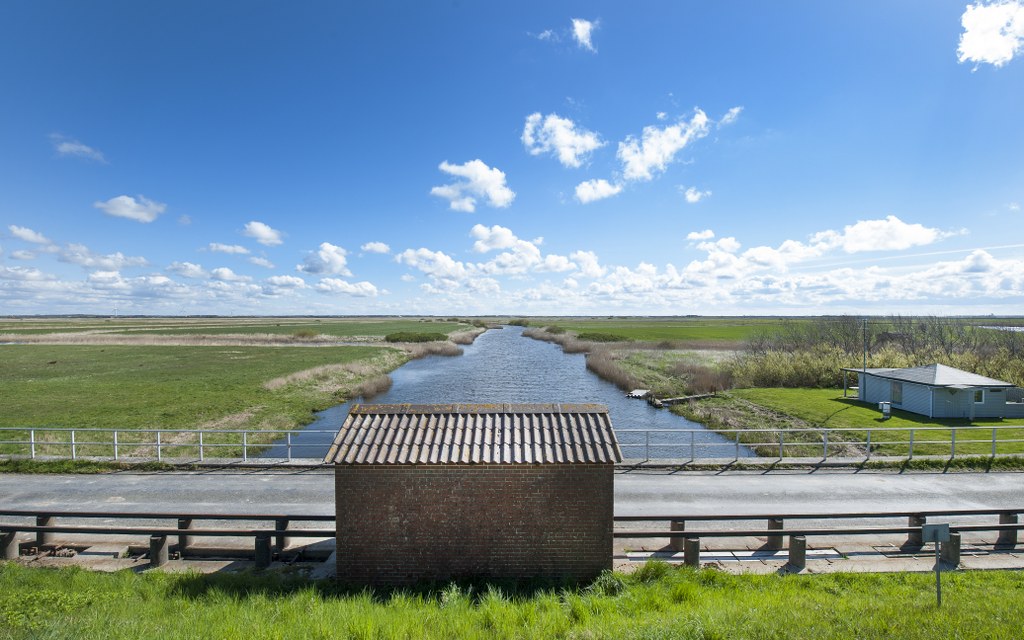