The Kongeå River and the Wadden Sea - nature's larder 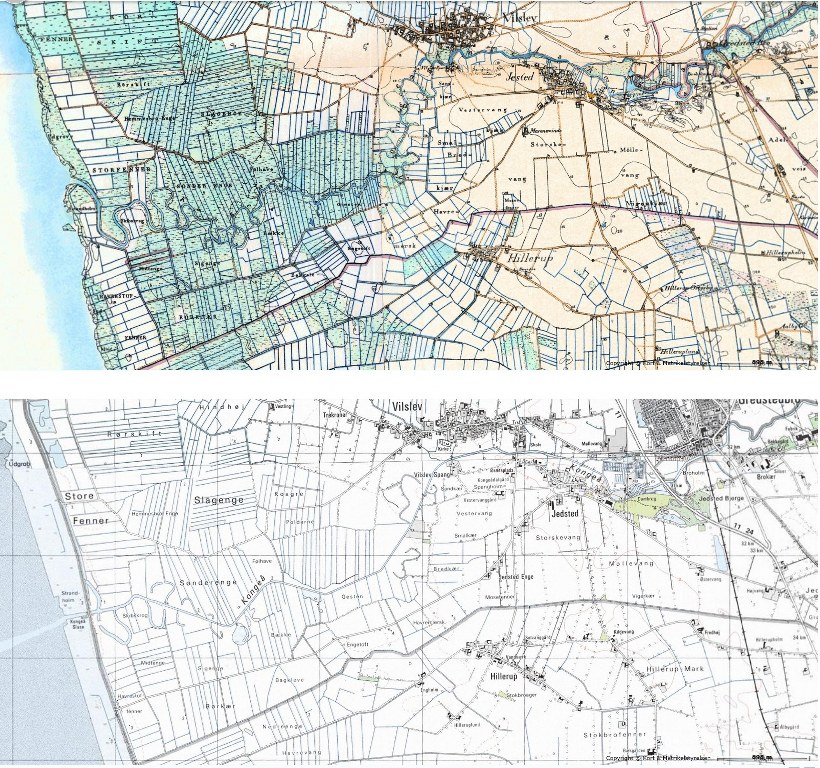 The Kongeå and the Wadden Sea in 1899 and 2001. The Fens are still there but the Kongeå has been straightened and dikes and locks have been constructed out to the Wadden Sea. Photo: The Mapping and Land Register Agency

The landscape
The Kongeå is one of Jutland's largest river systems with a catchment area of ​​450 km2. The river flows into Knude Deep, which is one of the Wadden Sea's natural sailing approaches, and river and sea have nourished animals and humans alike over the millennia.

The Wadden Sea (Vadehavet) is named after the tidal flats (vaders), which stand dry at low tide. The difference between high and low tide is 1-1.5 m.

The tide carries sand and clay towards the coast, where it is deposited as a dark, fine-grained material known as silt. Over time, hardy saltwater plants begin to grow in the silt, which becomes marshland. The flat land on the hill islands and heath plains are called moors and when you look from the dikes inland, you can clearly see the difference between the flat marsh meadows and built-up moorland.

The meadows and marshes
Large parts of the marsh are divided into fens, which are used for grazing and grass production. Earlier, thousands of bullocks would be fattened on the salt marshes, after being driven to Ribe to be sold at the markets.

The meadows by the sea and river are still harvested (for hay), and the grass is used for winter feed. The harvest could be threatened by storm surges, where salt water would flow in and destroy the grass; but there were other challenges too. In Christian V's 1683 land register, many complaints were found from farmers, who (if their complaint was upheld) would have their taxes reduced. The farmers complained about sand drift and yellow plants (wild turnip) that grew as weeds among the crops. There were also numerous complaints about wolves that would take sheep and cattle, and about the innumerable cases of bullocks getting in and destroying the fields.

The sea and the river
The inhabitants of the coastline and river lived from a combination of agriculture, sea-faring and fishing. The sea provided sustenance, and bone fragments from oysters, clams and fish.have been found at the ancient settlements. Christian V's land register also mentions fishing. In the 17th Century, people ate fish, including salmon, eels, "skullers" (a collective term for flatfish) and haddock, which was fished by boat or by line. The sea and the river were also important trading and transport routes.

There was also a small industrial production on the coastline. In the 18th and 19th century, chalk was made from mussel and oyster shells at small chalk kilns and seal blubber was processed into oil at the train-oil factories.

The mills on the banks of the Kongeå would grind grain and pre-process cloth. In the 20th century, many watermills were converted into fish farms and power stations. Several fish farms still exist. Wind generators are a newer addition to the landscape and have been erected both offshore and on land.

The trout leap at Jedsted Mill in the early 1900s. Photo: Unknown

From production landscape to nature conservation and tourism
In the 1970s, nature began to be perceived in a new way. From being a larder and production landscape, the natural environment became something that should be protected. Since 1978, Denmark, Germany and the Netherlands have been partners in the conservation of natural and cultural assets, and the Danish Wadden Sea National Park opened in 2010.
The Kongeå valley from Grested Bridge to Knag Mill was finally protected by a conservation order in 1980.

Moreover, tourism is being developed by "black sun" trips, canoeing and kayak sailing, hiking and biking trails and focus on sustainable food from the Wadden Sea area. 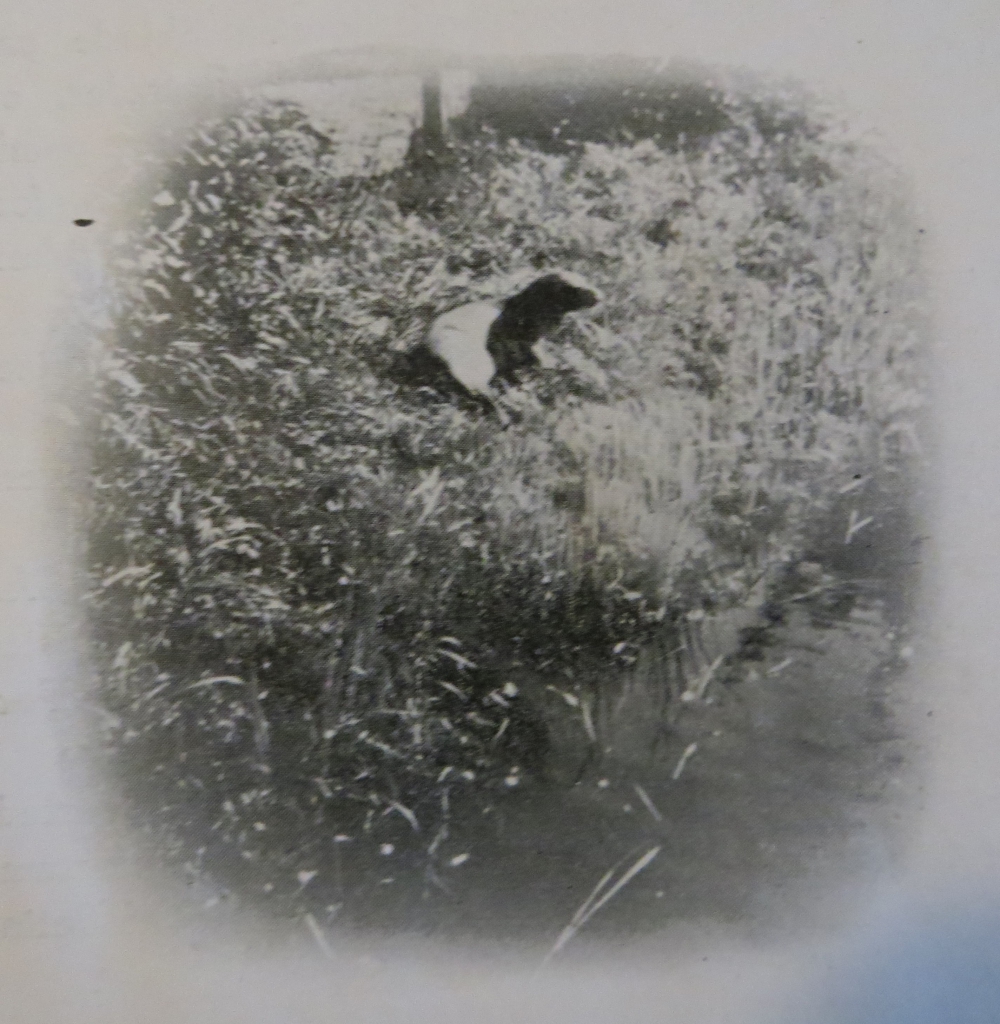 Around 1900 a small seal swam up the Kongeåriver to Jedsted Mill. Jacob the seal was since sold to the Copenhagen Zoo. Photo: Unknown.