Meadow irrigation at the Kongeå 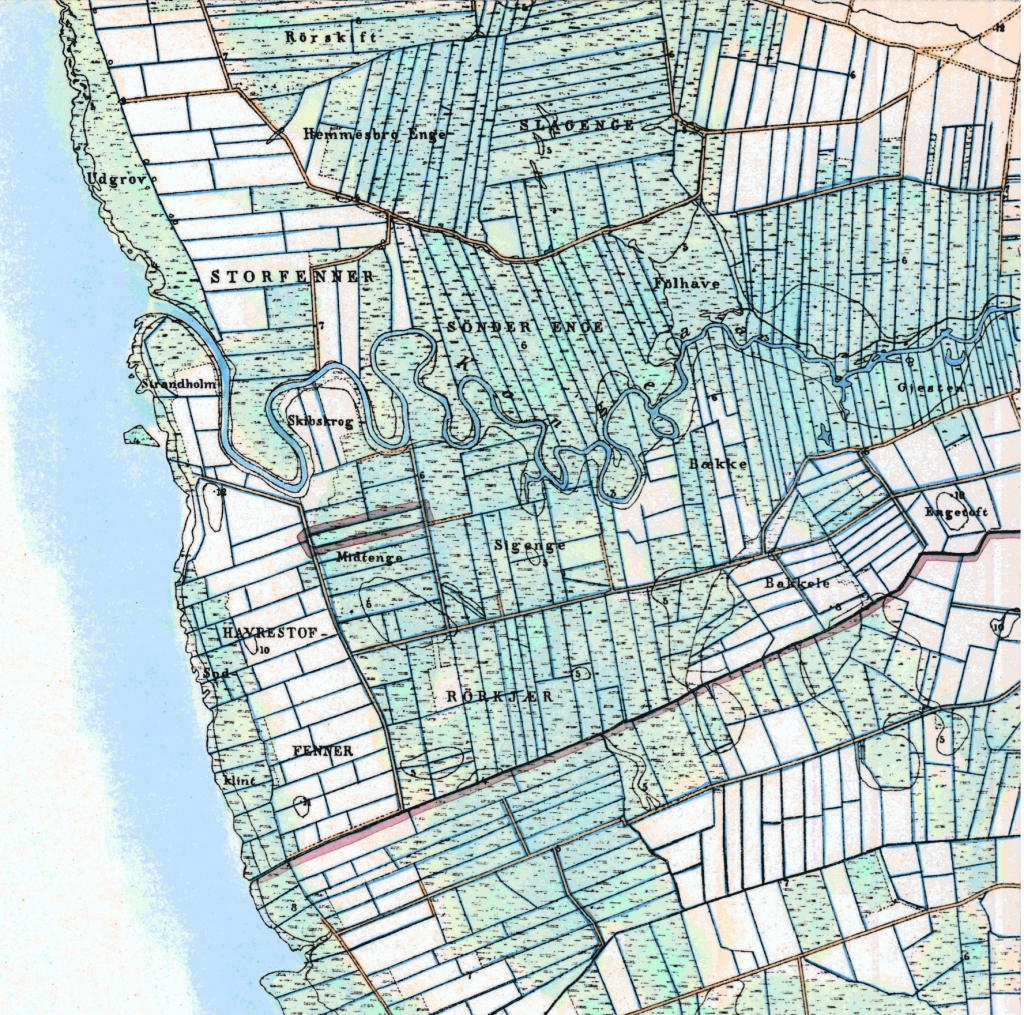 Meadow irrigation systems
The Kongeå is one of the rivers, which has had the most extensive systems of meadow irrigation. During the latter half of the 19th century, meadow irrigation was of great importance to agriculture. Hay and grass were used for winter feed, and a dry summer could destroy the whole harvest. By regulating meadow irrigation with artificial systems, production was more stable, and the irrigation also meant clean drinking water for livestock.

The Meadow irrigation systems were designed so that the waterways were dammed up. The water would be retained at the weir, and follow several artificial channels away from the river and out to the fields. The channels could be several kilometres long. Some plants have been converted into fish farms, but most are closed.

When Ribe dike and locks were built in 1911-1915, salty sea water could no longer cause damage to crops. The meadows are still flooded when the Kongeå floods its banks after heavy rainfall or when Kongeå lock is closed because of a storm.

Besides meadow irrigation systems, the Heath Society supported the farming of heathland in the form of plantations and forestry, with trees selected by soil conditions. Furthermore the Heath Society was involved in a marling process, where the chalk-heavy clay soil was used to improve the acidic, sandy heath lands.

The Heath Society also assisted with drainage and rivercourse straightening, making fields were easier to cultivate. In several places, rivers have now been restored to their original courses to benefit for animal and plant life.

Hede Denmark (as the Society is now known) now has over 1000 employees and focuses on nature conservation, afforestation, gardens and parks and open spaces in urban environments.

Vilslev and Jedsted-Hillerup canal partnerships
Often went landowners would start cooperatives or general partnerships to share capital and operational costs among themselves. In 1879, the landowners in Vilslev- and Jedsted-Hillerup formed two companies, each with its own board of directors, who collaborated north and south of the Kongeå. The two companies each employed their own water man who was responsible for operations.

The meadows were divided into fens (narrow strips of land) with different owners. The fens were assembled in sections, the each equivalent to what could be irrigated in a single day.

Irrigation began in the spring and alternated every week between Vilslev and Jedsted-Hillerup. Using ditch embankments, water could be diverted in or out of the fens. The landowner would be informed of the irrigation date so he could open and close the barrier.

When Ribe dike was built, farmers anticipated better use of the salt marshes, which was marlinged, cultivated and sown with clover and grass seed. Now irrigation did more harm than good, however, and it was limited to use for livestock. The canals were expensive to maintain, and when salt water no longer posed a threat, it was cheaper and easier to dig fresh water wells. Gradually the meadow irrigation canals were closed and in 1965, the Vilslev and Jedsted-Hillerup canal partnerships were terminated. 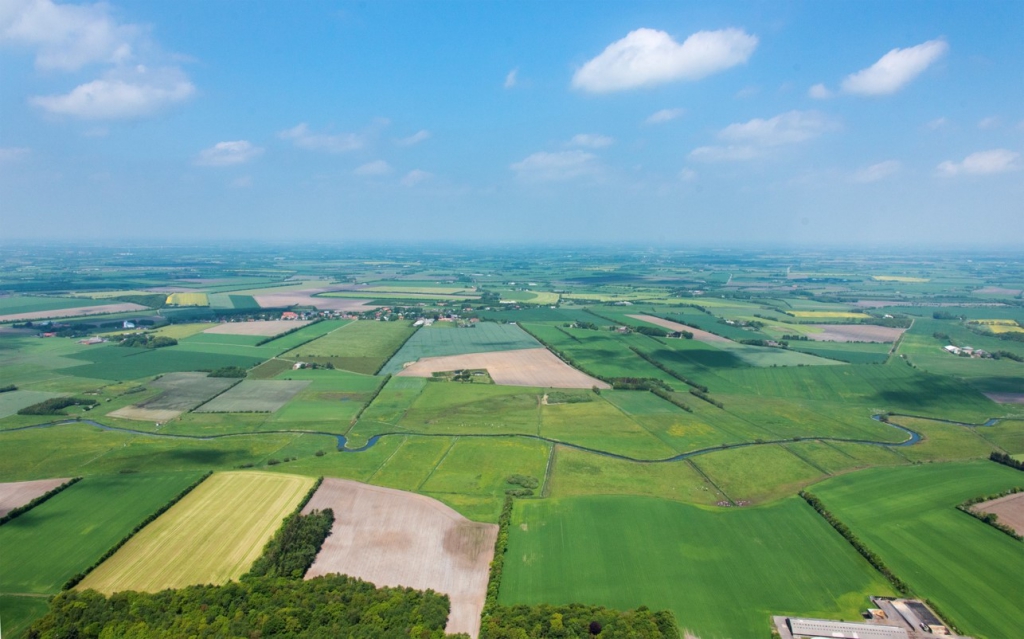 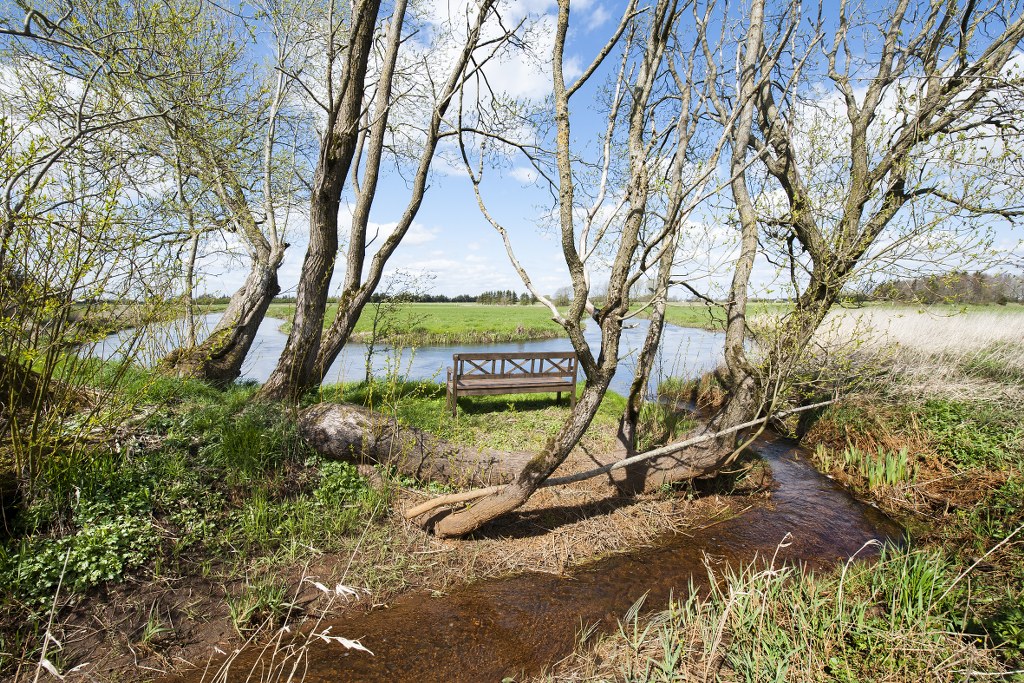