Priest Knud Lang and Lady of the Manor Margaret von Rosenørn - self-owned farms in Vilslev. The Squire's wife and the transformation at Vilslev 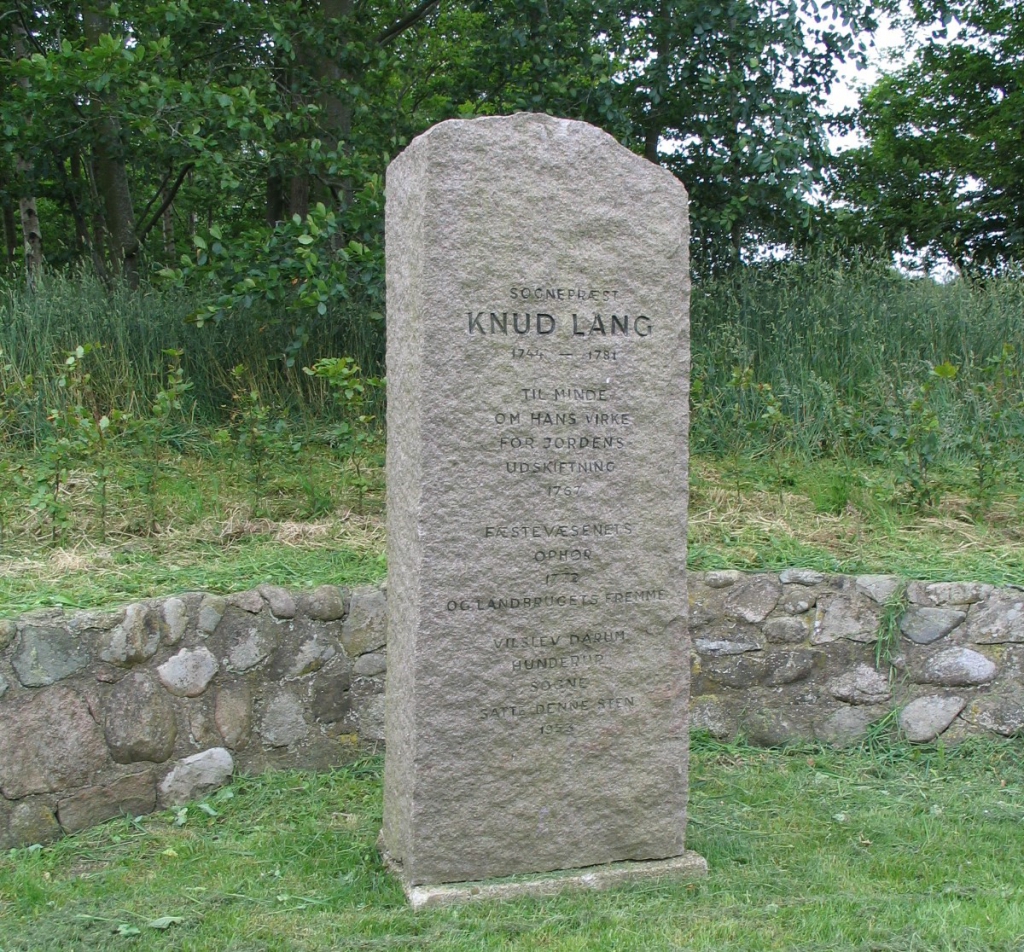 Agricultural Reforms
Agricultural reforms and transformations have characterised the Danish landscape and production methods more than anything else. In Vilslev stands a monument to parish priest Knud Lang who, together with Margaret von Rosenørn of the Riber Kjærgaard manor house, ensured that the transformation of Vilslev left local peasants with their own freeholds.

Until then, peasants had been consolidated into statutory village communities. Everyone had to have the same amount of land, both good and bad, and therefore a peasant might have had over 60 small plots divided by soil type in different parts of the parish.

After the farming crisis of the 1730s and cattle plague of the 1740s, the government pushed for improved productivity and was looking for good ideas. Thus began the agrarian reforms.

Among the most important of these was the abolition of the statutory village communities in 1758-1760 and serfdom in 1788. Serfdom had been introduced in 1733 and bound tenants to their home town until their 40th year. Gradually tenant farmers achieved better conditions, and in 1919 the bound tenancy system was removed completely. 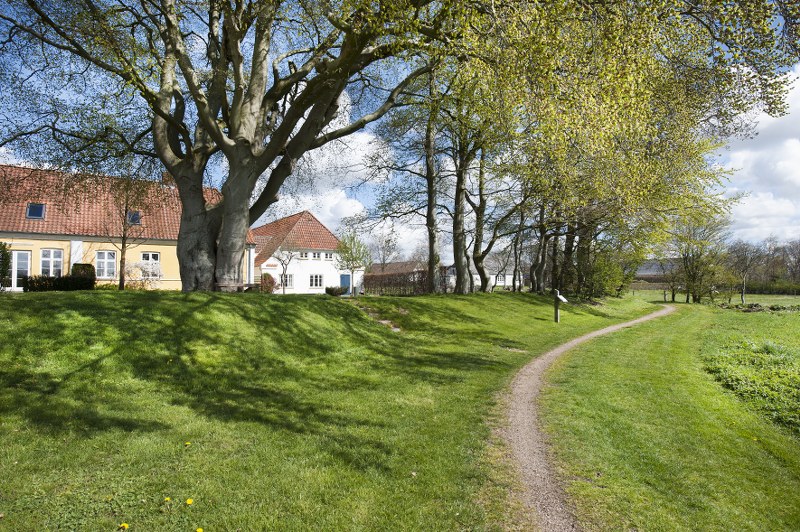 Margrethe von Rosenørn (1715-1786)
Margrethe von Rosenørn was a responsive and energetic landowner. When just 17, she married the 16 years older Christoffer von Gersdorff of Riber Kjærgaard in Hunderup parish. When she was widowed at 33 years of age, she had given birth to 12 children, 10 of whom reached adulthood.

Christoffer von Gersdorff had inherited the manor from his parents, and upon his death, Margrethe von Rosenørn took over the manor. She ran the manor for 38 years and left it to his son, Frederik von Gersdorff. Riber Kjærgaard has been an agricultural college since 1949.

Knud Lang (1718-1781)
Knud Lang was from a priesthood family and graduated from Ribe Latin School in 1735, where he would later teach. In 1744 he married Anna Maria Nielsdatter and was appointed vicar of Vilslev.

Knud Lang was highly involved in farming and business affairs, and in 1760 he wrote a thesis on the transformation proposals for Jutland and Zealand. The paper was published in the state's agricultural economic journal, and Knud Lang was rewarded with a gold medal. That same year, the village communities in Jutland were abolished by act of parliament. This gave him the courage to test his theory in practice.

Knud Lang figured out that the average for a functioning farm was just over six "hartkorn" (a measurement) acres, and this was the goal for all farms. Previously, each farmer had cultivated 8-12 plots of arable and over 60 plots of meadow broken down by soil conditions and yield. In the future, each farmer could settle with cultivating four or five plots, which varied in size, but gave the same hartkorn yield, making operation more efficient. 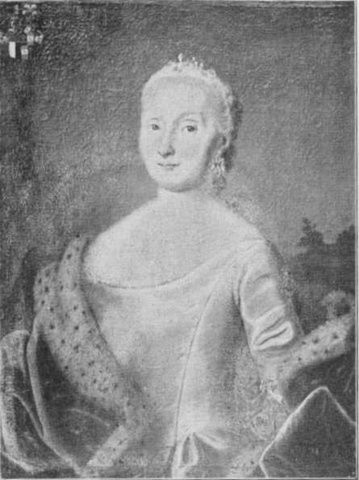