- Why do stinging nettles sting?

Large nettles or stinging nettles grow widely along the river Kongeå. They love nutrient-rich soil, grow fast and shadow other species away, and therefore can completely dominate a large area.

Stinging nettles sting to deter animals from eating the leaves. Along the edge of the leaf are a number of poison-filled, hard siliceous hairs that break when touched. The broken hairs are very sharp and pierce tiny holes in the skin. Thereby, the formic acid from the poisonous gland penetrates the skin and creates itching and pain. Although it is unpleasant, it is not dangerous.

Shirts and bicycle tyres made from stinging nettles

The nettle’s name in Danish comes from the Old Norse ”Netla”, meaning  to sew, spin or weave. In H.C. Andersen's fairytale about the wild swans, the girl Elisa sews shirts of stinging nettles for her 11 brothers. This is the way she succeeds in breaking the evil stepmother's curse, and the 11 swans turn into princes again. It is not only in fairytales that stinging nettles are used for weaving cloth. The oldest piece of fabric found in Scandinavia (1,000 years BC) is made of fibres from stinging nettle stems.  Stinging nettle fabric or nettle yarn is produced by placing the stems in water until they ferment. The stems are then dried and beaten so that the innermost fibres come free. Then the fabric is spun and woven. Nettle fibres were used for clothing, ropes and fishing nets right up until 1900. In 1917 the government appointed a committee to explore ways of growing stinging nettles as a textile plant. During the Second World War, an unsuccessful attempt was made to use canvases of nettles in bicycle tyres. 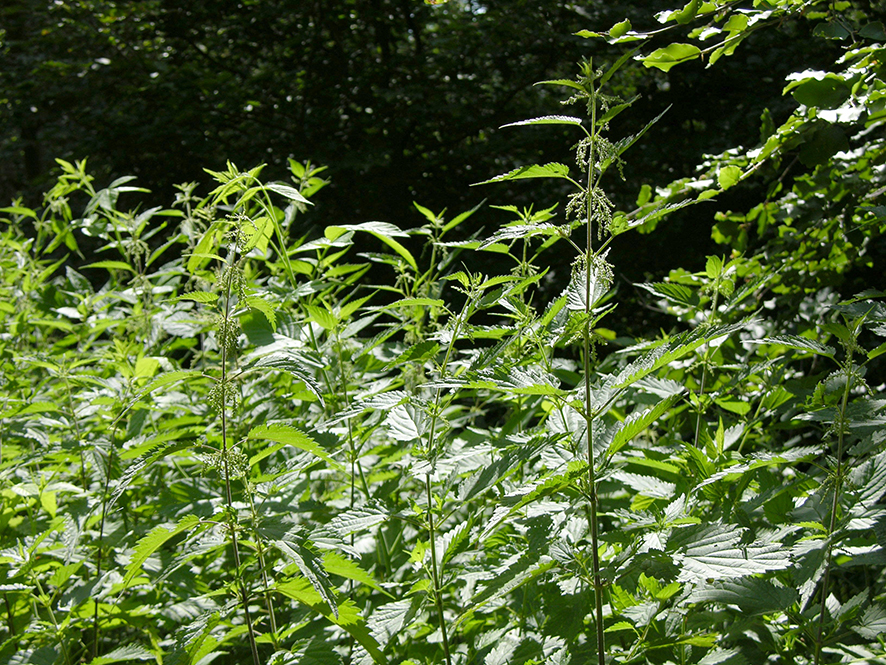 Facts: Height 30- 130 cm. The leaves are egg-heart-shaped with serrated edges with poison-filled hair along the border. Widely branched rhizome, which means that it often grows in dense clumps. The flowers form green clusters that hang from the axils. The common nettle is widespread throughout Denmark on nutrient-rich soil. 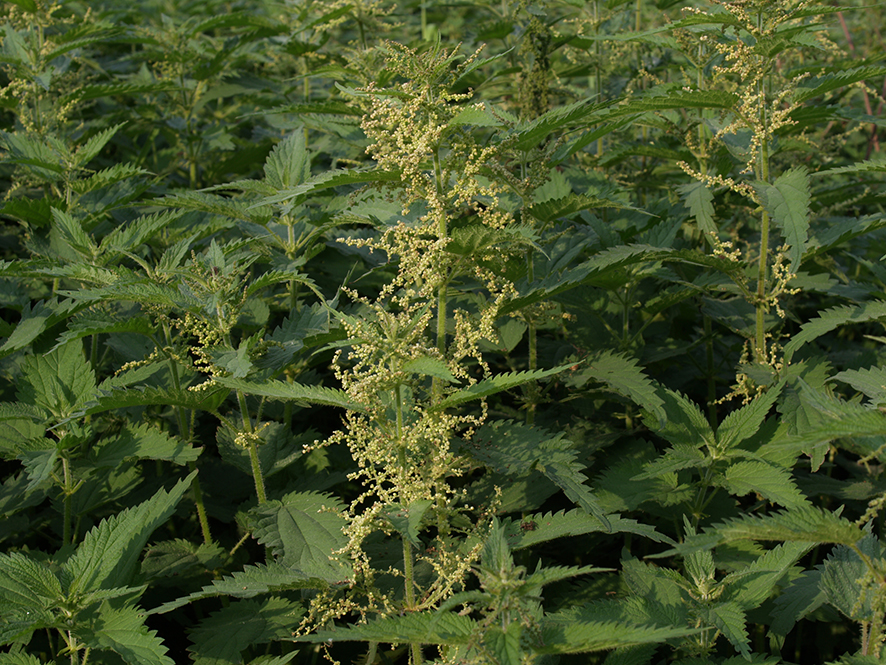