- The plant that calms people and upsets cats

Creeping valerian is a common plant found in wet bogs and meadows throughout Denmark. There are several species of valerian in Denmark, the most famous being the garden valerian, although this is not found in West Jutland. Since ancient times, plants of the valerian family have been used as sedatives, sleep-enhancing and anticonvulsant agents. Valerian was described by Hippocrates in Greece over 2,000 years ago, and is still today a well-known natural medicine. The root is especially known to contain substances which act rather like stesolid. The root also contains essential oils that have a highly arousing effect on cats, which often roll in the valerian plants. You can use valerian-drops to attract a cat to its basket or a cat litter. The smell of valerian is said to be so bad that it can keep a witch awake. Those who know anything about witchcraft will know that everything that keeps a witch awake will make people fall asleep. 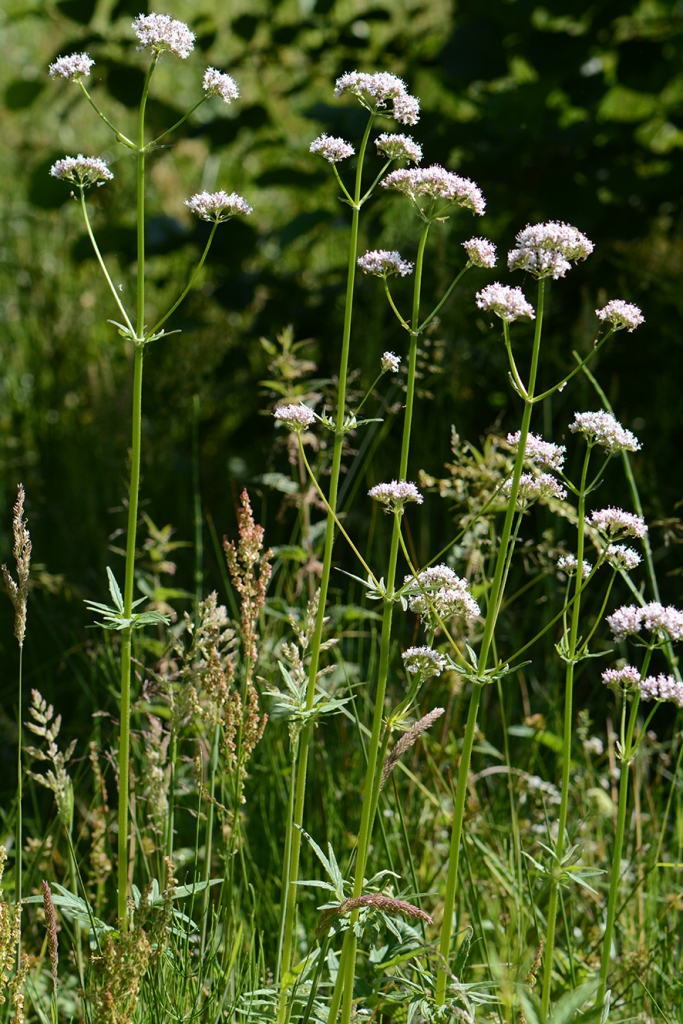 Facts: Height 40-150 cm. The leaves have 4-8 pairs toothed sections, with long-haired underside. The inflorescence is quite rich with white-pale red flowers. The stem is the hair at the bottom with both underground and aboveground runners. 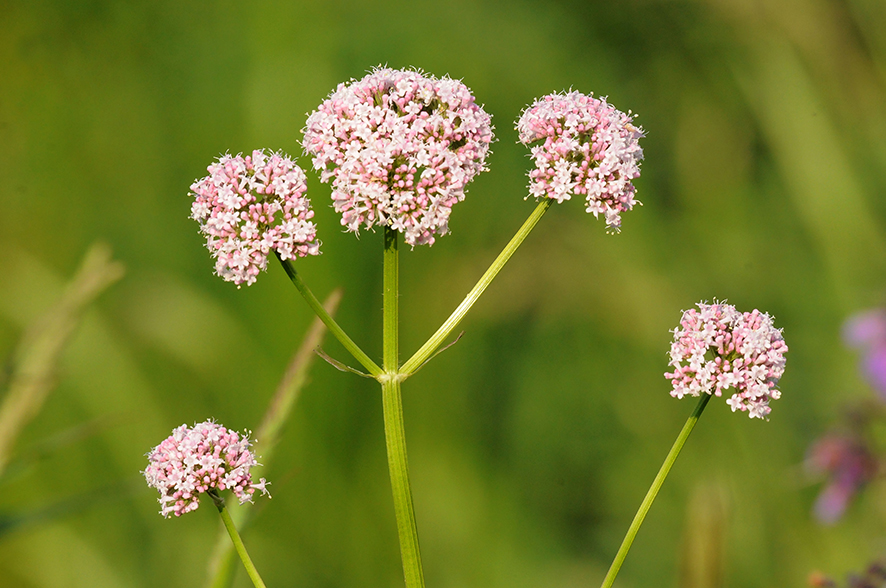