It is a known fact that ground pepper makes people sneeze, if you get it up your nose. Similarly, sneezeweed yarrow was also previously known as a ”sneeze provoker”. The dry and crushed leaves from the plant cause you to sneeze. It was believed that the violent sneezing could get diseases out of your head. 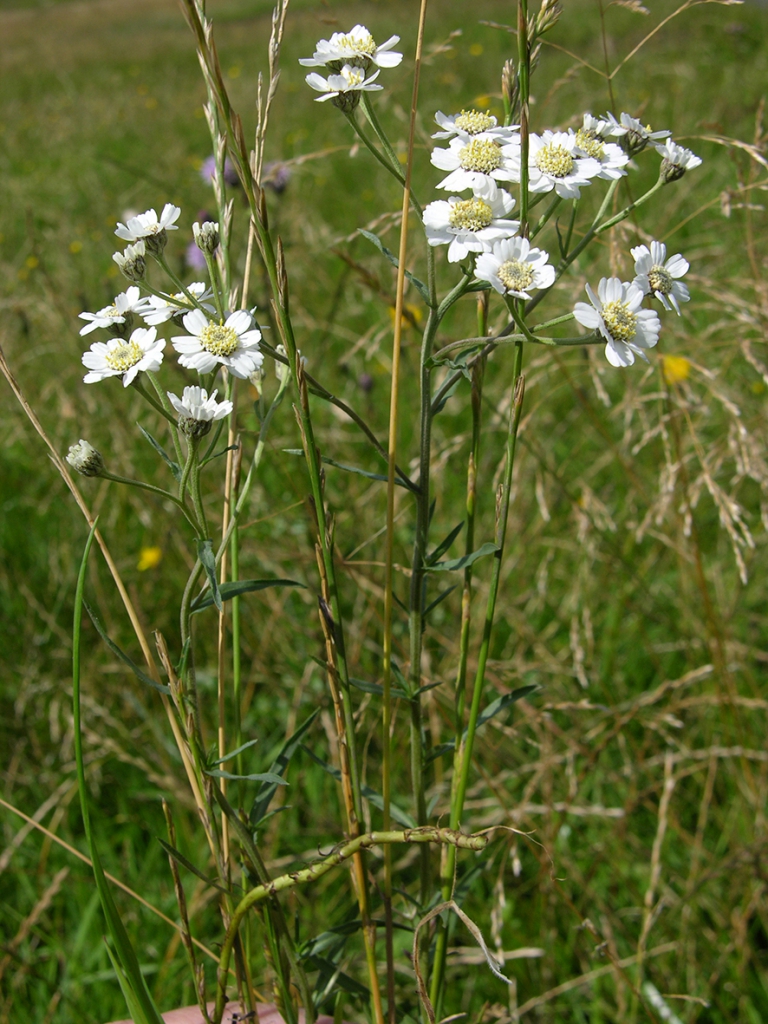 With flowers in a little basket

It may be surprising that yarrow, which looks like a small parsley plant, belongs to the same plant family as the dandelion. Both species belong to the daisy family and on closer inspection, you can see that the flower is actually made up of a ”basket”of tiny individual flowers. In the middle, the small flowers are tubular, and around the border, they have a larger tongue-shaped leaf. Sneezeweed yarrow can be distinguished from the common yarrow by the fact that the flowers’ heads do not sit so closely together and the scallops of the peripheral crown are larger. Sneezeweed-yarrow grows in damp meadows, along watercourses and lakes. Common yarrow grows drier on pastures and roadsides. When the Egtved girl was buried in the Bronze Age 3,000 years ago, she was given a bouquet of common yarrow to take with her to the grave

Facts: height 25-60 cm. The leaves are line-shaped, grass green with fine serrated edges. Blooms in July-August. The flowers sit with an open head with 4-16 mm wide basket, where each basket has 10-14 small flowers. The peripheral crowns are 5 mm long and off-white. 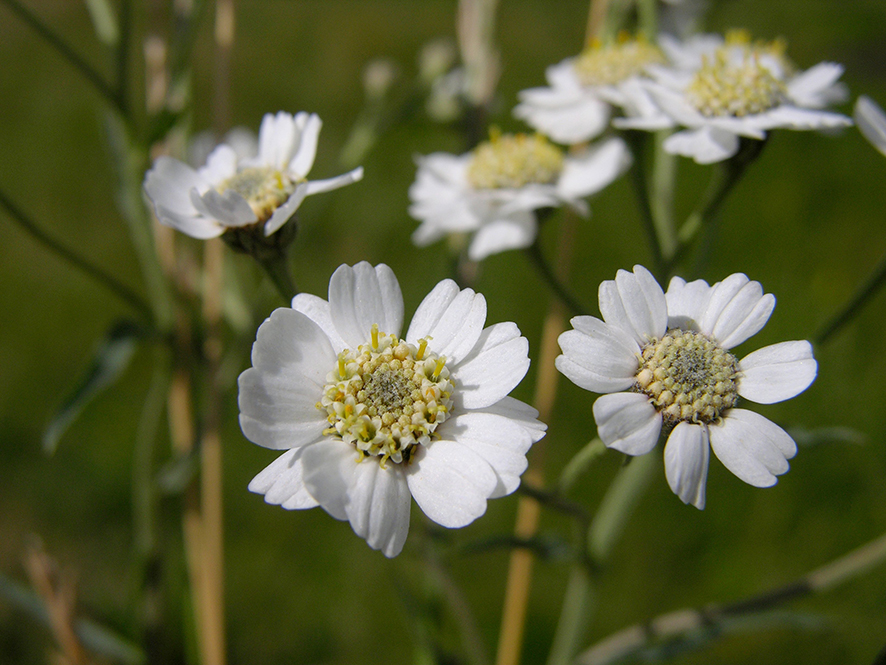