- The giant of the parsley family

The giant hogweed really is a giant. It can become about 2 metres tall and its large white heads can have a diameter of over 50 cm. It also spreads very fast because the giant heads contain hundreds of very sprout-willing seeds. The giant hogweed originates from Caucasus and does not naturally belong at home in the Danish countryside. Therefore, the intense dispersal of the species can pose a threat to other natural Danish species. It can also be dangerous to come into close contact with the giant plant. It contains a sap that is poisonous and causes burn-like eczema, if the plant sap touches the skin, which is exposed to by the sun. 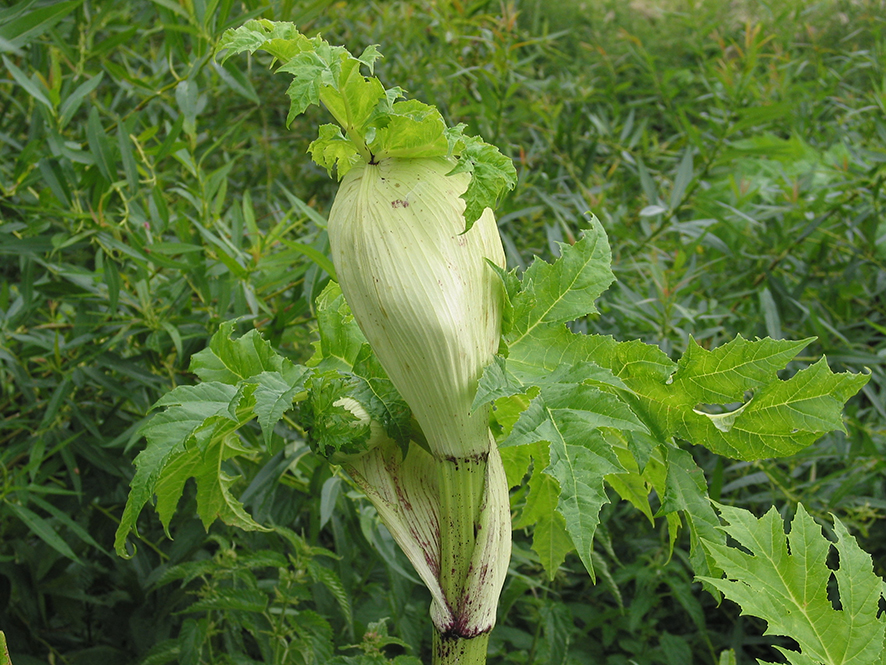 There are several stories about how the giant hogweed came to Denmark. One of the stories concerns the famous Danish sculptor Bertel Thorvaldsen. Thorvaldsen lived in Rome for many years and when his numerous sculptures were sent home from Italy in around 1838, they were, as the myth goes, wrapped in seeds from giant hogweeds. This is where the first plants sprouted in the yard at Thorvaldsen Museum. However, the story is not true, as the giant hogweed was not very widespread in Italy in Thorvaldsen’s time.  Therefore, it would not have been possible to gather enough seeds for wrapping the large sculptures in. But maybe a single seed or two found their way in Thorvaldsen’s cargo. 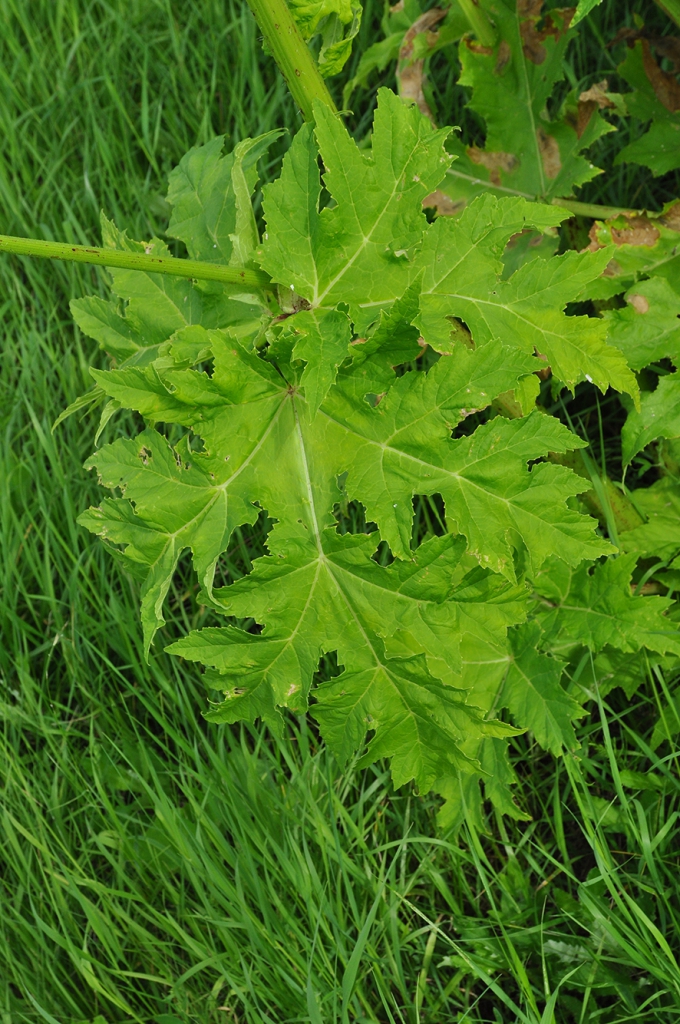 Facts: Parsley plant with large white heads consisting of 50-150 smaller heads.  It can grow up to 2.5 metres high and has up to 10 cm thick hollow stems. It has scattered, red spots with stiff hairs. The leaves are very large and deeply incised with coarsely toothed lobes. The plant is biennial and bloom every second year in July. 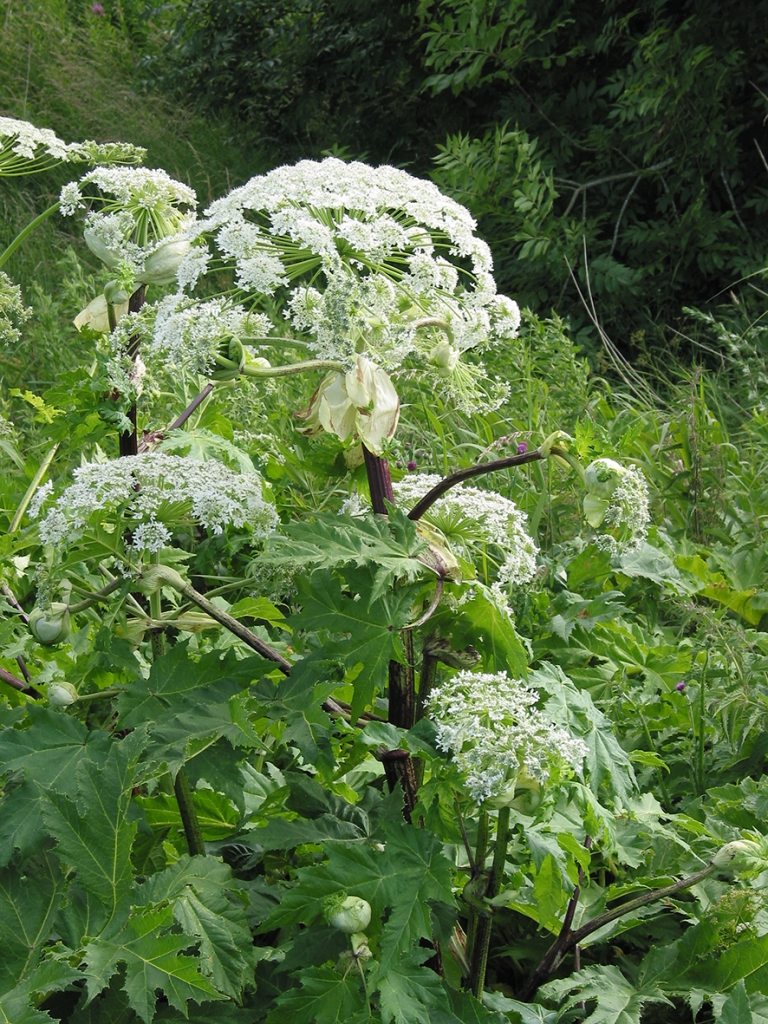