The Danish name of ‘dynd-padderok’ (literally translated as ‘mud-amphibian spinner’) refers to the fact that the plant's spikes can resemble a spinning head on a spinning wheel, and that it grows where amphibians (frogs) are. There are several species of horsetails in the Danish countryside. With horsetails, photosynthesis occurs in the plant's stem. The stem is hollow and articulated, and several species produce whorled side branches that make the plant look like a small Christmas tree. The various species of horsetails are best identified by performing a cross section of the stem, as the cavity in the middle looks different on each different species.

The water horsetail has a very large cavity in the stem. The plants reproduce by spores that are formed in oval spikes that are either positioned at the top of the stem, or on special shoots without side branches. 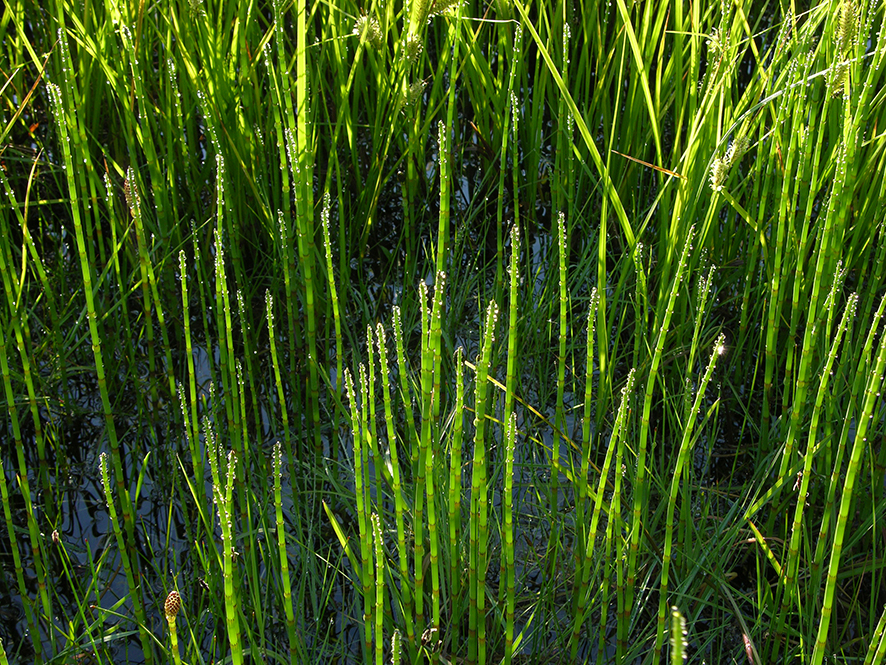 Giant horsetails were eaten by dinosaurs

Horsetails belong to Pteridophyta plants that had their heyday in the carboniferous age when dinosaurs lived on earth. Back then, there were horsetail plants that were like 30-metre trees. Today, the tallest Danish species is the northern giant horsetail, which can become 2.5 m tall.

Horsetails for tea and polishing agents

Horsetail plants contain large amounts of silica, and in particular the species called rough horsetail was used as a polishing agent and sandpaper to polish e.g. jugs, mugs and platters of tin, meerschaum pipes and woodwork like spoons, wooden bowls, etc. Also animal bones can be polished smooth and shiny white. Today tea made from ​​horsetail is still used as a diuretic. 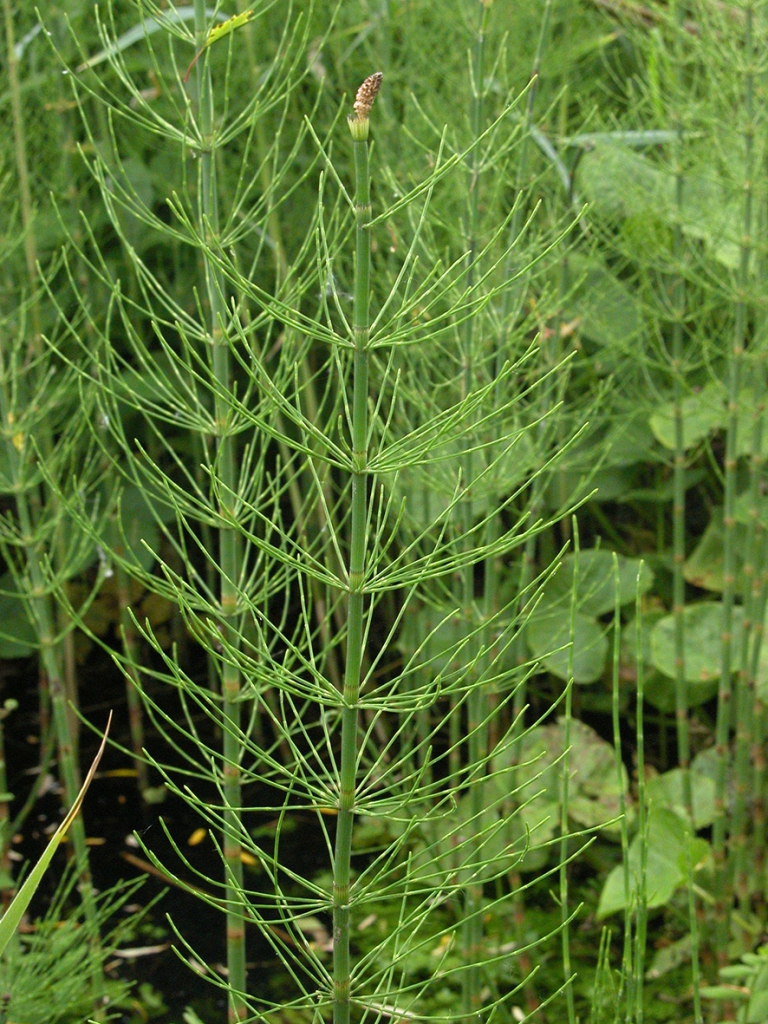