Thistles are a familiar weed in fields and meadows. The numerous prickly spines on the leaves and stems made it difficult and often painful to remove the thorns from the cultivated fields. In 1922, the Royal Agricultural Society offered a reward of DKK 2,000 for the best idea to fight creeping thistle. Previously, it was done at harvest time by the farmhand, who mowed the grain, who would remove the thorns, so the girl who walked behind him and tied sheaves would not get thistles in the sheaf. If the farmhand missed any thistles, as a punishment he had to give the girl a Shrovetide pastry or a biscuit for every flower that was on the thistle. At harvest festivals the thorns had to be drunk out (of the fingers) and this took many schnapps. On farms with many thistles in the field, the harvest festival could earn the nickname ”Thistle party”. 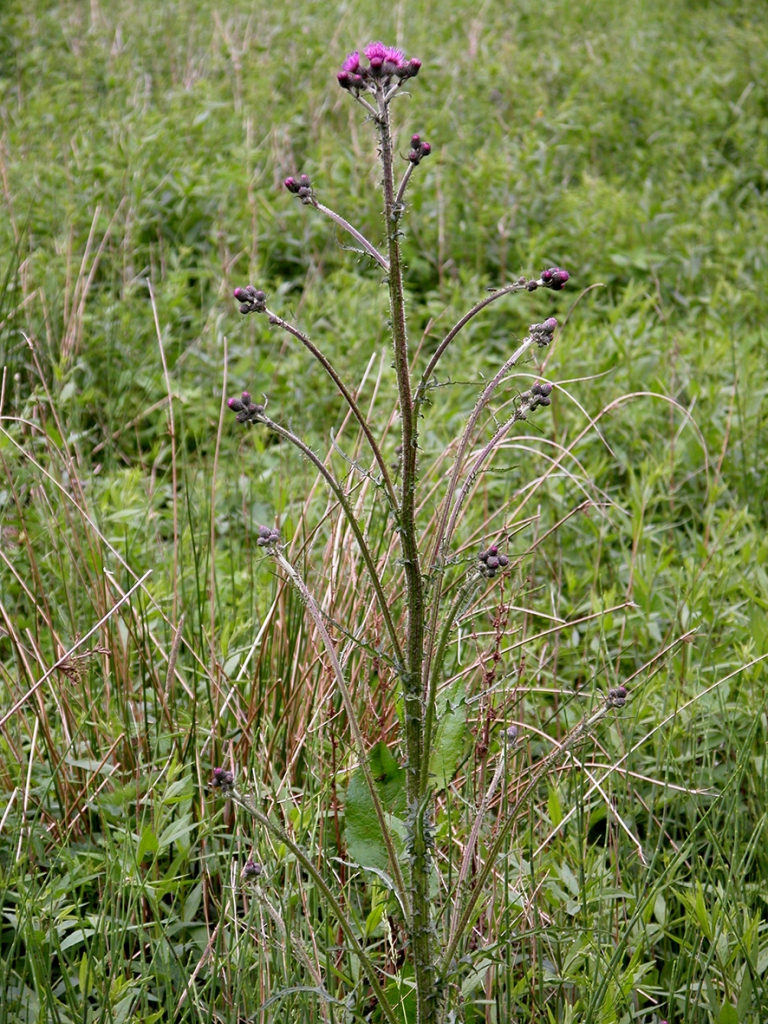 The prickly thistle is Scotland's national flower. According to legend, the thistle saved the Scots in connection with a Viking attack. The story goes that over 1,000 years ago, the Scots were warned in the middle of the night when one of the barefooted Vikings came creeping stealthily and screamed in pain after he stepped on a thistle. A prestigious Scottish order is the Order of the Thistle order, which has Queen Elizabeth as its head.

Facts: Different species of thistles are found in different habitats. The marsh thistle is common in moist soil in bogs and wet meadows, while creeping thistle grows in dry meadows and lawns. The marsh thistle can be recognised by the fact that its leaves are green with a red tinge and the flowers are dark red-purple. Creeping thistle has light blue-purple flowers and grey-green leaves. Both species are 50-150 cm tall and bloom in July-August. 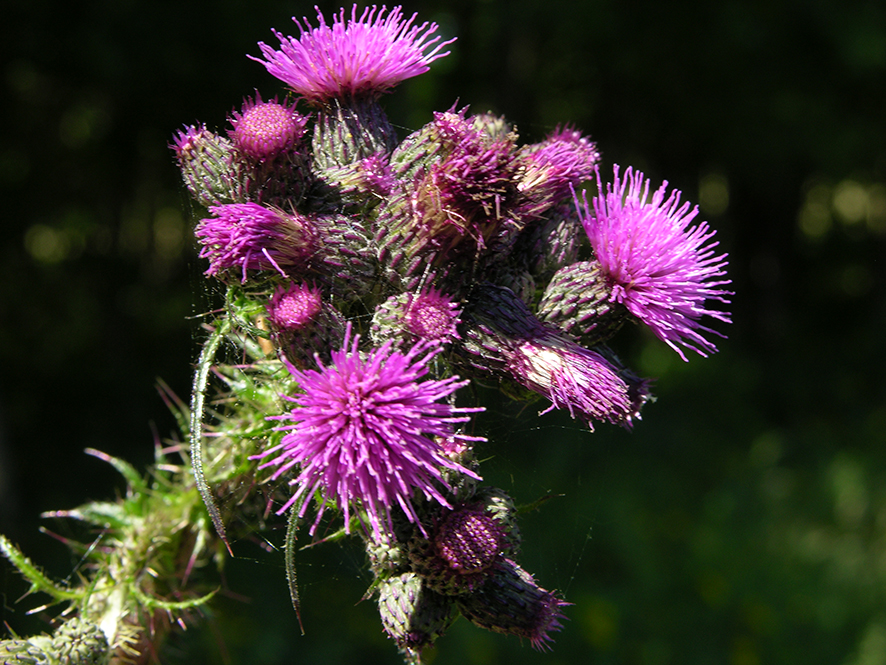